The mission of the Pare Lorentz Center is to teach history and social studies, and to perpetuate Lorentz’s use of the documentary format in inspiring social and political messages.


“What I want to do is photograph America—show the people what it really looks like…the farms and factories, the hills and mountains and streams…real people and real places.”
– Pare Lorentz: Documentary Filmmaker

Pare Lorentz was an award-winning documentary filmmaker who believed that film holds enormous potential for advancing social justice and education. He created ground-breaking documentaries for New Deal agencies of the Roosevelt administration: the Resettlement Administration (RA), the Farm Service Administration (FSA), and the U.S. Film Service. His films are a powerful synthesis of stunning imagery, poetic narration, and evocative music and have inspired generations of filmmakers.

In 1993 his widow, Mrs. Elizabeth Meyer Lorentz, established the Pare Lorentz Center at the Franklin D. Roosevelt Presidential Library and Museum in Hyde Park, New York. Its mission is to apply the audiovisual techniques pioneered by Pare Lorentz to teach history and social studies, and to perpetuate Lorentz’s use of the documentary format in inspiring social and political messages. Since its creation, the center has produced audio and visual material used in classrooms across the country and around the world.

The center is funded through a generous grant from the New York Community Trust to the Roosevelt Institute. 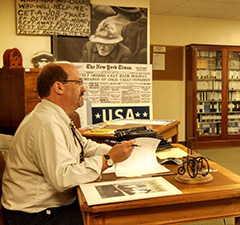 Through its Distance Learning Program the Pare Lorentz Center now has the ability to bring many of our workshops, resources, lectures, and presentations directly into the classroom free of charge. 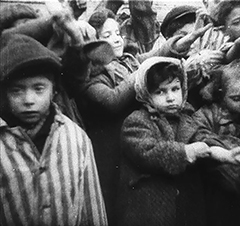 Investigating the Holocaust is a series of short videos that trace the history of the Nazi Party from its inception through World War II and the policies that led to the murder of millions of innocent people. 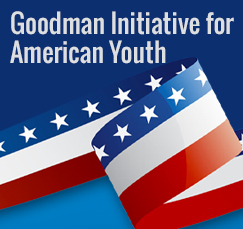 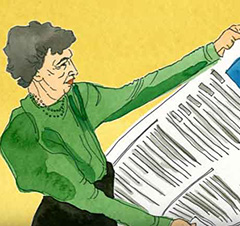 An animated short-film about the Executive Order signed by President Roosevelt in 1942 that authorized the incarceration of 120,000 Japanese Americans during World War II. 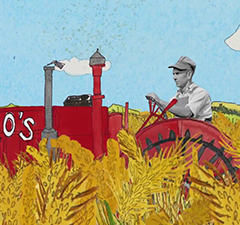 FDR and the Dust Bowl

Learn how President Franklin Roosevelt responded to one of the worst man-made environmental disasters in American history–the Dust Bowl. 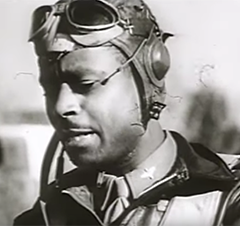 The Story of the Tuskegee Airmen

The story of the first Black airmen to fly in World War ll. 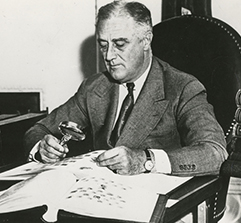 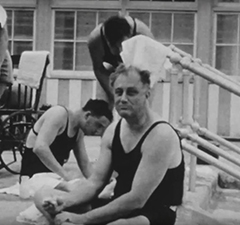 Sourced from 11 digitally-restored home movies recently donated by Missy LeHand’s family, this footage offers a rare, intimate view of the private social lives of both the President and Eleanor Roosevelt. 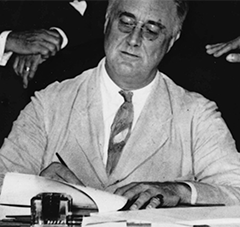 In commemoration of the 80th anniversary of the signing of the Social Security Act, the Pare Lorentz Center presents “Our Plain Duty," a web feature on the history and impact of social security in America. 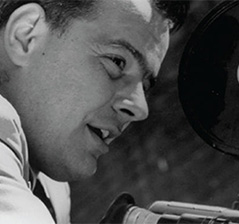