To discover, engage, and share records of American responses to the Holocaust

The National Archives holds and provides access to millions of records created or received by the U.S. Government during and after World War II that document Nazi war crimes, wartime refugee issues, and activities and investigations of U.S. Government agencies. Significant Holocaust materials reside at the FDR Presidential Library, and a new discovery project is now underway – helping chart new paths among these remarkable records.

On April 24, 2017, the FDR Library formally launched a curatorial pathfinding initiative named in honor of Henry Morgenthau, Jr., FDR’s friend, advisor, Cabinet member, and head of the War Refugee Board. Morgenthau, whose incredible Papers and Diaries are part of the Library’s archival collection, was a key moral voice for the Roosevelt Administration.

There is perhaps no issue from the Roosevelt period that generates as much interest, research and controversy as the Unites States’ response to the Holocaust. The issue is extraordinarily complicated and filled with contradictory perspectives and narratives.

On April 24, 2017, the FDR Library formally launched a curatorial pathfinding initiative named in honor of Henry Morgenthau, Jr., FDR’s friend, advisor, Cabinet member, and head of the War Refugee Board. Morgenthau, whose incredible Papers and Diaries are part of the Library’s archival collection, was a key moral voice for the Roosevelt Administration.

The Morgenthau Project seeks to enhance access to lesser-known archival collections with high research value in Holocaust studies. The Library will digitize thousands of rarely accessed documents, and create new research and engagement tools for citizen-curators to use and share online. Digital curation, datafication, and digital analysis present exciting potential for complex inquiry, and can foster new historical argumentation based on primary source evidence.

The Library’s current Morgenthau Scholar-in-Residence, Dr. Abby Gondek of the Roosevelt Institute, has begun exciting digital explorations of the Henry Morgenthau Jr. Diaries and the Records of the War Refugee Board.  These include the following:

Learn more about this emerging scholarship

This international, interdisciplinary conference of scholars, archivists, librarians, students, and interested members of the public will examine the current state of Holocaust scholarship and the contemporary relevance of the US government’s response to the Holocaust, with a special emphasis on how the field of digital humanities and the increasing need for and access to digital research is changing the way Holocaust research is conducted and disseminated.

Investigating the Holocaust is a series of short videos that trace the history of the Nazi Party from its inception through World War II and the policies that led to the murder of millions of innocent people.

These short videos are derived from Nuremberg: Its Lesson for Today, a powerful, feature-length documentary film made with restored footage from the 1946 production titled, “Nurnberg.” The videos feature original film footage used as evidence by the International Military Tribunal at the Palace of Justice in Nuremberg, Germany -- the most famous courtroom drama in modern times, and the first to make extensive use of film as evidence.

The FDR Presidential Library and Museum has also produced an accompanying Curriculum Guide to introduce students to the Holocaust through historical materials drawn from the FDR Library’s archives and this recently remastered documentary.
The Curriculum Guide can be accessed here»

The Franklin D. Roosevelt Presidential Library and Museum -- with the Jewish Federation of Dutchess County -- hosted a documentary film screening and discussion of NUREMBERG: ITS LESSON FOR TODAY [The Schulberg/Waletzky Restoration] with film producer Sandra Schulberg on Wednesday, May 1, 2019 at 2:00 p.m. This was a Morgenthau Holocaust Collections program in commemoration of Yom HaShoah (Holocaust Remembrance Day). 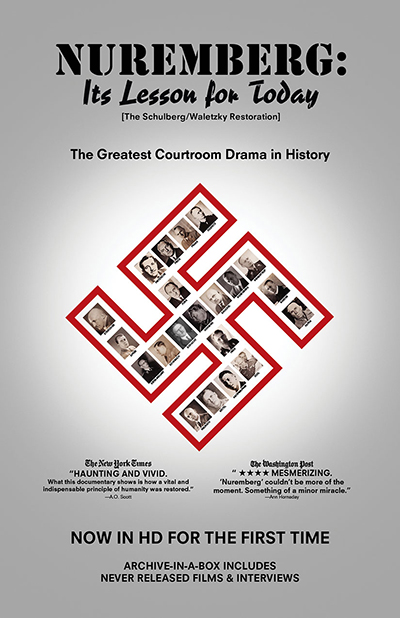 The Franklin D. Roosevelt Presidential Library & Museum has developed curriculum material for teaching about the Holocaust and Nazi aggression during WWII. This guide uses historical materials drawn from the Library’s archives, and a recently remastered documentary first produced in 1946, Nuremburg: Its Lesson for Today. It consists of six sections, each focused on a particular aspect of the Holocaust and Nazi aggression. The sections can be used with your students individually or collectively.

The purpose of this guide is to introduce students to the Holocaust through primary sources so that they may better understand the forces and factors that led to this horrendous period in world history and still lurk in the world today. Only by learning the lessons of the Holocaust can we hope to prevent these dark forces and factors from rising up once more.

The Curriculum Guide can be accessed here» 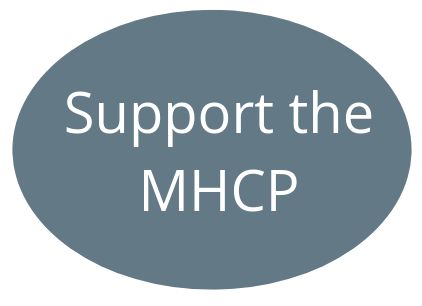 The Henry Morgenthau, Jr. Holocaust Collections Project is generously funded by the Trustees of the Franklin D. Roosevelt Library, with major support from the JKW Foundation, Peter S. Kalkow, John Catsimatidis, and the Righteous Persons Foundation.