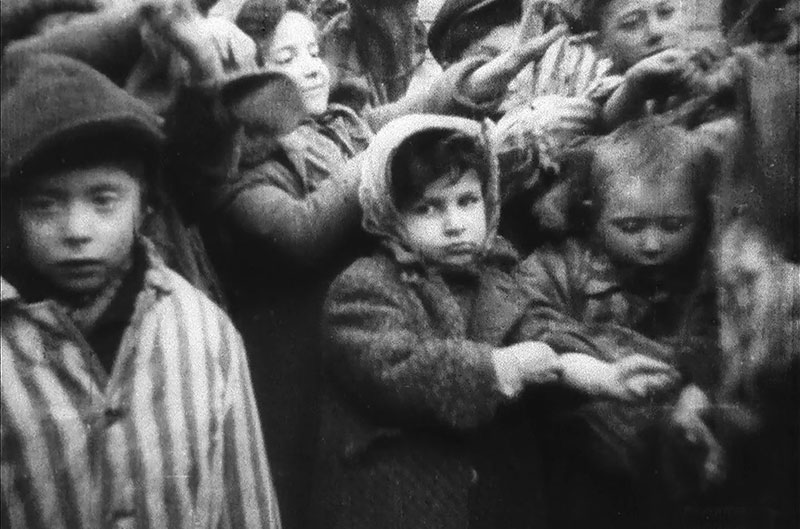 Using the Material in this Guide

This is curriculum material for teaching about the Holocaust and Nazi aggression during WWII. Developed by the Franklin D. Roosevelt Presidential Library & Museum, the guide uses historical materials drawn from the Library’s archives, and a recently remastered documentary first produced in 1946, Nuremburg: Its Lesson for Today. The guide consists of six sections, each focused on a particular aspect of the Holocaust and Nazi aggression. The sections can be used with your students individually or collectively.

The purpose of this guide is to introduce students to the Holocaust through primary sources so that they may better understand the forces and factors that led to this horrendous period in world history and still lurk in the world today. Only by learning the lessons of the Holocaust can we hope to prevent these dark forces and factors from rising up once more. 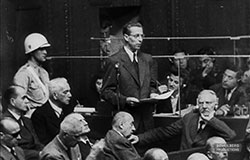 The 1946 documentary Nurnberg is an important and compelling film created to document and chronicle the atrocities perpetrated by the Nazis leading up to, and during, the Second World War. These atrocities later came to be recognized as genocide and crimes against humanity.

The documentary film features original footage shot at the International Military Tribunal at the Palace of Justice in Nuremberg, Germany. Produced in 1946-1947 by Stuart Schulberg under the supervision of Pare Lorentz for the U.S. War Department, Nurnberg presented original footage used by the prosecution as evidence to demonstrate aggression, atrocities, and war crimes committed by the Nazis. The film was released in Germany in 1948, but because of its potentially controversial content, it was not shown in the United States. These new video segments come from a meticulously restored version titled, Nuremburg: Its Lesson for Today, by filmmaker Sandra Schulberg, daughter of original producer Stuart Schulberg.

Nurnberg helped establish an irrefutable record of the actions of the Nazis that forever stands as a warning to all humanity to be on guard that they never be permitted to occur again. In addition, it demonstrates a return to the “rule of law” by affording those accused of the crimes access to council and a fair trial before sentencing – a courtesy the Nazis failed to afford to their victims. 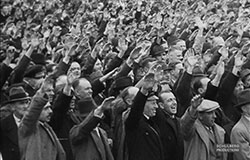 Among the key catalysts of the Second World War are the erroneous claims put forth in a book by Adolph Hitler in 1925. The book’s title, Mein Kampf, translates in English to My Struggle, and asserts, arrogantly and incorrectly, German purity and superiority over other races in Europe. It would first be used as the basis for the rise to power of Hitler and the Third Reich, and later as the blueprint for the Nazis’ quest for world domination. The plan, perpetrated through fraud, deceit, intimidation, coercion, and violence, called for a withdrawal from a series of important treaties and agreements, thus allowing Germany to rearm itself. Next, the Nazis required com- pulsory military service to assert domination over young Germans and to create a powerful military force to carry forth their plans. 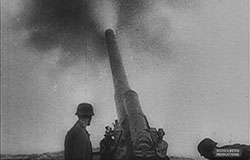 In 1936, Hitler decided he would test the resolve of the European powers by taking back the Rhineland while giving false reassurances that this was all he was interested in acquiring. When Britain and France failed to resist, the Nazis felt emboldened and set their sights on Czechoslovakia and Austria, claiming that their control was necessary for German security. Next, the Nazis signed a non-aggression pact with Russia to buy time and assure that Russia stayed out of the war while the Germans marched into Poland. Finally, awakening to Hitler’s thirst for power, and honoring their commitment to defend Poland, England and France entered the war. In quick succession, Norway, Belgium, Holland, and Luxembourg soon fell to the Nazis as well. With a plan to divide up the world into spheres of influence, Hitler signed the Axis Pact, joining forces with Italy and Japan.

The Nazis employed a “win at all costs and show no mercy” approach to war. It is difficult to grasp the extent to which Nazi Party policies and behavior led to extreme violence and the com- plete dehumanization of entire populations. An approach of isolating and dehumanizing Jews in Germany and its occupied territories fostered growing mob violence that laid the ground- work for mass murder. Concentration and death camps were created to punish those deemed politically dangerous or racially, physically, or behaviorally inferior. In the final arguments

of the indictments in the Nuremberg trial, prosecutors charge that all defendants committed crimes against humanity, pursuing policies of murder, slavery, and plunder against civilian populations. Though the Jewish population of Europe were their primary target, aged, sick, and mentally ill Europeans were also targeted and murdered.

America’s response to the Holocaust has become the subject of intense historical interest in recent decades. Historians debate why FDR and other American decision makers did not

do more to admit Jewish refugees and undertake policies – including bombing rail lines to Auschwitz or Auschwitz itself – that might have saved lives. What did the President do to end the suffering? Could he have done more? If so, why didn’t he?

The Holocaust was the state-sponsored, systematic persecution and murder of roughly six million European Jews by the Nazi regime and its collaborators. Many others were targeted based on their perceived “racial inferiority” or for political, ideological and behavioral grounds. Though the total number of victims is staggering, it is important to remember that it represents individual people: mothers, fathers, sisters, brothers, children, friends, and neighbors. The Holocaust did not have to happen. The Holocaust was perpetrated on purpose, in the middle

of the 20th Century, in Germany, a nation with a rich cultural history. The Holocaust was not an accident; it was the result of decisions and indecision, actions and inac- tion, and of the attitudes of individuals, groups, organizations, and nations.

Certain essential questions are raised by examining the themes and concepts surrounding the Holocaust:

1. Action vs Inaction – What actions and inactions allowed the Holocaust to occur?

2. Anti-Semitism – How did Hitler use antisemitism as a tool in his rise to power?

3. Bearing Witness – What role do those who bore witness to the Holocaust play in our under- standing its importance to us today?

4. Bullying – How were the Nazis so easily able to bully their way to power?

5. Conspiracy – How was the concept of conspiracy used by the Nazis to perpetrate their

6. Courage – How did victims of the Holocaust demonstrate their courage to resist and survive?

7. Critical Thinking –What methods did the Nazis use to discourage critical thinking?

8. Culpability – Who might be considered culpable in allowing the Holocaust to occur?

9. Division – How did the Nazis use division as a political tool?

11. Genocide – Why did the Nazis choose genocide as a means of advancing their beliefs?

12. Hate Speech – How did the Nazis use hate speech to desensitize and “normalize” their actions and behavior?

13. Intolerance – What role did intolerance play in the Holocaust?

14. Justice – Why was/is it so important to seek justice for the victims of the Holocaust?

15. Peer Pressure – What role did peer pressure play in the Holocaust?

16. Prejudice – In what ways did the actions of the Nazis go beyond the limits of ordinary prejudice?

17. Resistance – In what ways was resistance shown to the Nazis?

18. Propaganda – What role did propaganda play in bringing about the Holocaust?

19. Responsibility – Who is responsible for the Holocaust?

20. Right and Wrong – How did so many people fail to point out right from wrong during the Holocaust?

21. Scapegoating – How did the Nazis use scapegoating to justify their actions?

22. Slippery Slope – What were the “slippery slopes” that lead to the Holocaust?

23. Speaking Truth to Power – Why did so many people fail to speak truth to power during the Holocaust? What happened to those that did?

24. Words Matter – How did the Nazis use words/language to perpetrate the Holocaust?