75th Anniversary of the Wagner-Steagall Housing Act of 1937

September 1, 2012 is the 75th anniversary of the Wagner-Steagall Housing Act, a piece of late-New Deal legislation that reflected the government’s recognition of adequate housing as an important societal need.

Franklin Roosevelt had been interested in housing issues as Governor of New York, and he brought his support for housing reforms to the federal level when he became President in 1932. The Home Owner’s Loan Corporation (HOLC) was created in 1933 to provide mortgage relief to home owners at risk of losing their homes through foreclosure. The HOLC also developed a comprehensive housing plan that served as the basis for the National Housing Act of 1934. This law created the Federal Housing Administration (FHA) that insured banks, mortgage companies, and other lenders, thereby encouraging the construction of new homes and the repair of existing structures.

It was FDR’s hope that the law would also spur employment in the construction industry. Although the 1934 National Housing Act and the FHA met the needs of existing home owners and those Americans financially able to purchase homes, it did little to address the housing needs of the poor, including many African-Americans living in slums. 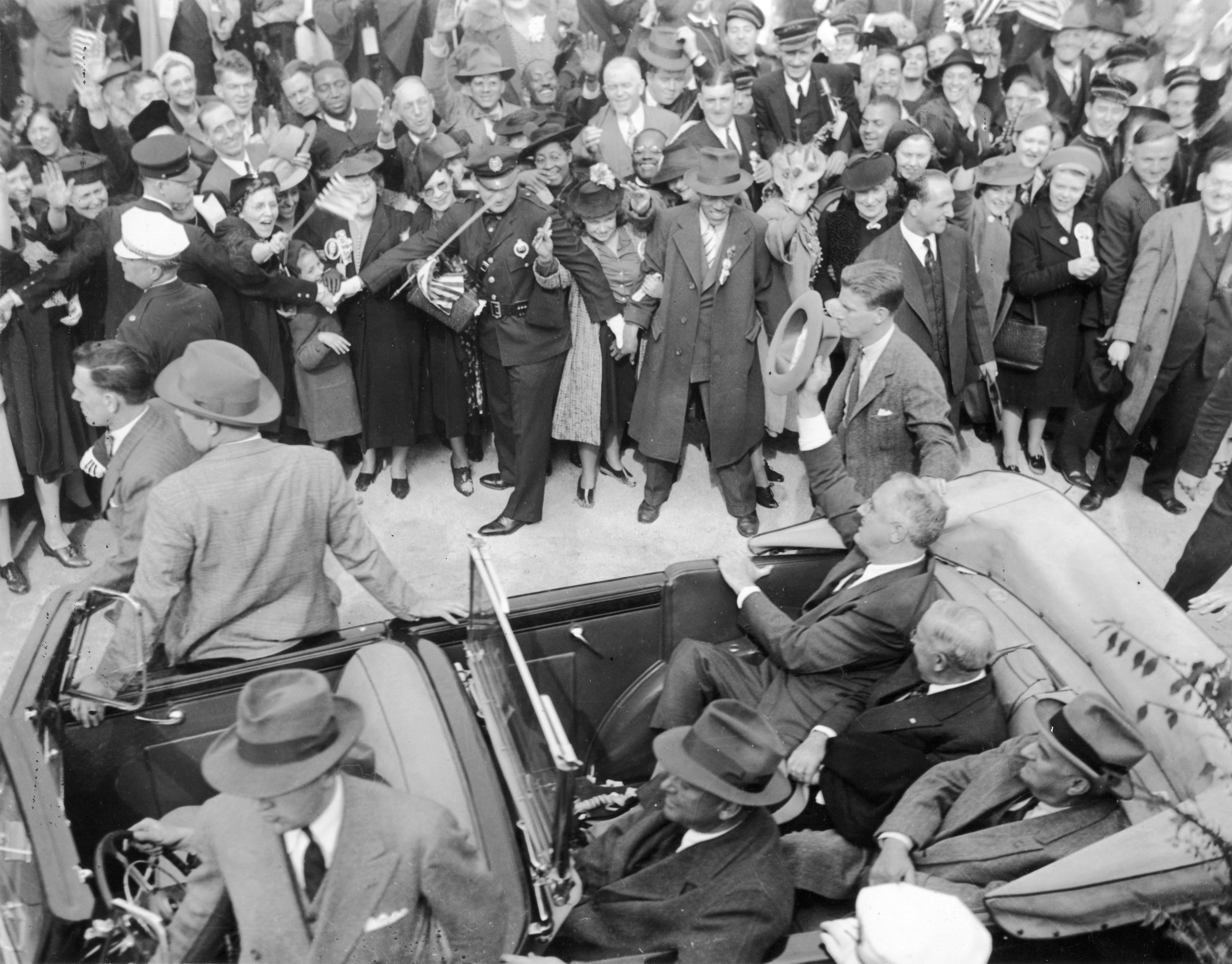 But there was fierce political opposition to low-cost public housing for low-income Americans. Landlords and the real estate industry believed that rental and sales markets would be undercut by cheaper public housing. Fiscal conservatives in Congress were afraid of the budgetary impact of a costly public housing program. And many Congressman from more rural parts of the country feared that such a program would help cities instead of smaller communities.

Senator Robert Wagner of New York thought differently, and he became the driving force behind the Wagner-Steagall Housing Act of 1937. Wagner introduced public housing bills in three successive Congresses, 1934, 1935, and 1936. The latter two bills were never even reported out of the House banking committee because its chairman, Rep. Henry Steagall of Alabama, believed public housing initiatives were socialistic and favored big cities.

President Roosevelt lent his full support to Wagner’s efforts and made adequate and affordable housing a priority in his second term. In his State of the Union Message of January 6, 1937, President Roosevelt spoke of the urgent need for the new Congress to address the housing situation:

“There are far-reaching problems still with us for which democracy must find solutions if it is to consider itself successful. For example, many millions of Americans still live in habitations which not only fail to provide the physical benefits of modern civilization but breed disease and impair the health of future generations. The menace exists not only in the slum areas of the very large cities, but in many smaller cities as well. It exists on tens of thousands of farms, in varying degrees, in every part of the country.” 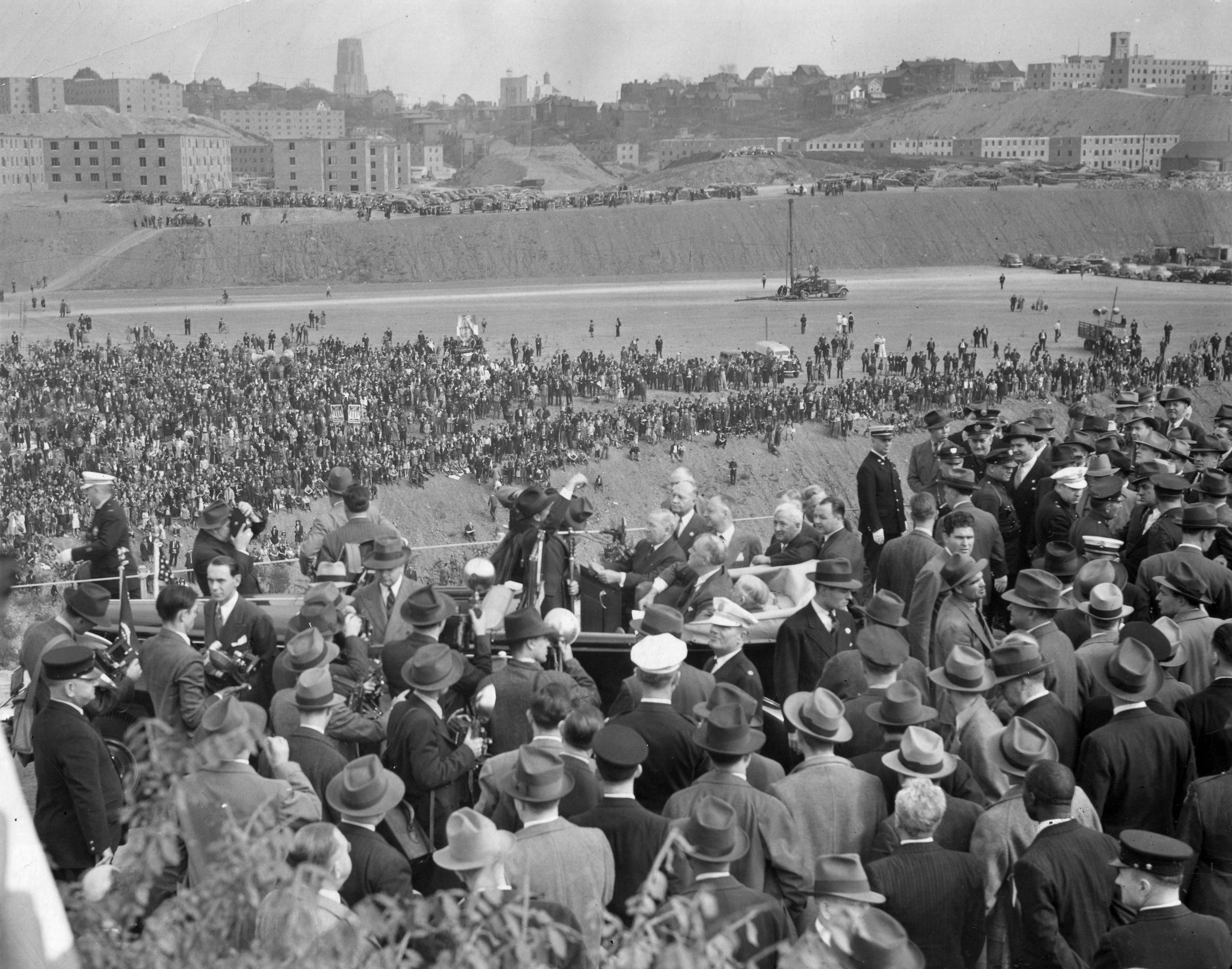 "I see one-third of a nation ill-housed, ill-clad, ill-nourished. . . . The test of our progress is not whether we add more to the abundance of those who have much; it is whether we provide enough for those who have too little.”

FDR then worked behind the scenes with lawmakers and administration officials on the housing bill. Issues such as financing of projects, caps on costs per unit, and the staffing and governance of the proposed housing authority were sorted out in conferences held at the White House. With the major concerns of various Congressmen—including Rep. Steagall—resolved, the bill finally went to a vote. President Roosevelt signed the Wagner-Steagall Housing Act into law on September 1, 1937.

The new law established the United States Housing Authority (USHA) that provided $500 million in loans for low-cost housing projects across the country. Under the new law, the USHA acted as a loan granting agency to state and local housing authorities to build low-cost housing in both small and large urban areas. The USHA was empowered to advance loans amounting to 90% of project costs, at low-interest and on 60-year terms. By the end of 1940, over 500 USHA projects were in progress or had been completed, with loan contracts of $691 million. The goal was to make the program self-sustainable through the collection of rents: one-half of rent from the tenants themselves, one-third paid by contributions from the Federal government; and one-sixth paid by annual contributions made by the localities themselves. During World War II, the USHA was instrumental in planning and constructing housing for defense workers.

To Franklin Roosevelt, adequate housing was not just a need, but a right. The Wagner-Steagall Housing Act of 1937, along with other New Deal housing and mortgage initiatives, brought greater economic security to hundreds of thousands of Americans. In his January 11, 1944 State of the Union address, FDR declared a “second Bill of Rights” that included “the right of every family to a decent home.”