At Home With The Roosevelts

To do our part during this period of social distancing, we will be assembling a weekly digest of online programs, resources, and diversions.

In 2021, At Home with the Roosevelts will begin a new schedule of every other week.

We are pleased to announce a phased reopening of the museum beginning Saturday, July 17, 2021, with online timed ticket sales only (and no onsite sales), limited hours and attendance. Hours are 11:00 a.m. to 4:00 p.m. (with last entry time at 2:45 p.m.)
More information and ticket sales»

FDR's Wheelchair
Facebook»
YouTube»
One hundred years ago this August, Franklin Roosevelt was stricken with polio and permanently paralyzed below the waist. Join Supervisory Curator Herman Eberhardt for a special program about FDR's disability that includes one of the President's wheelchairs and a set of his steel leg braces.

The Man He Became 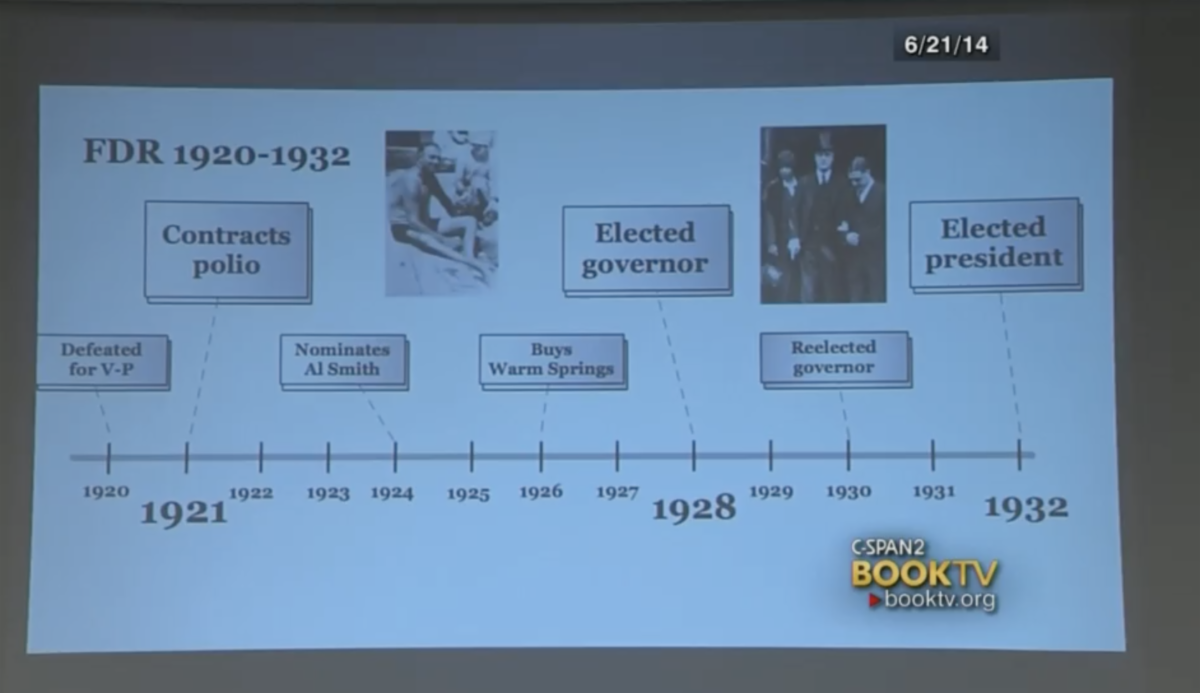 From June 2014:
FDR's career was shattered when he contracted polio in 1921. Historian James Tobin examines how Roosevelt went from life-altering illness to the presidency.
Available online» 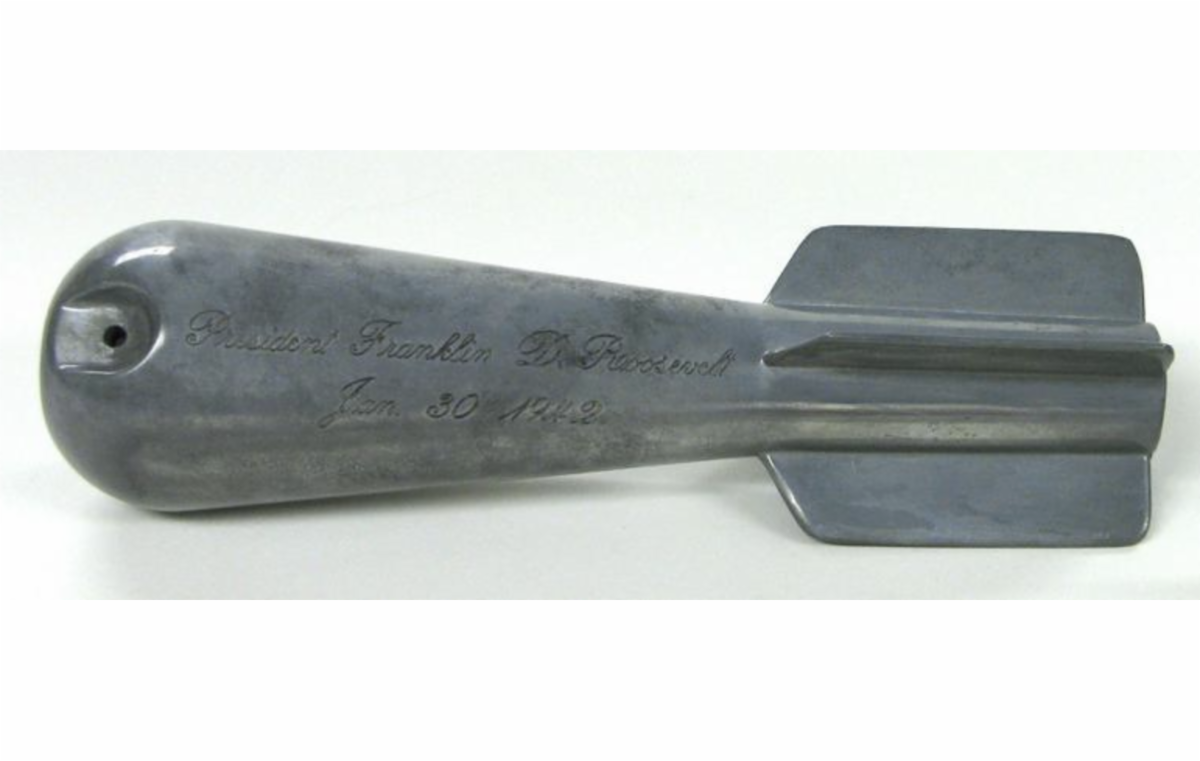 Junior officers at the San Diego Naval Air Station converted an aerial practice bomb into this coin bank, filled it with $15 in dimes for polio research, and presented it to FDR as a birthday gift in 1942.
Learn more on our Digital Artifact Collection» 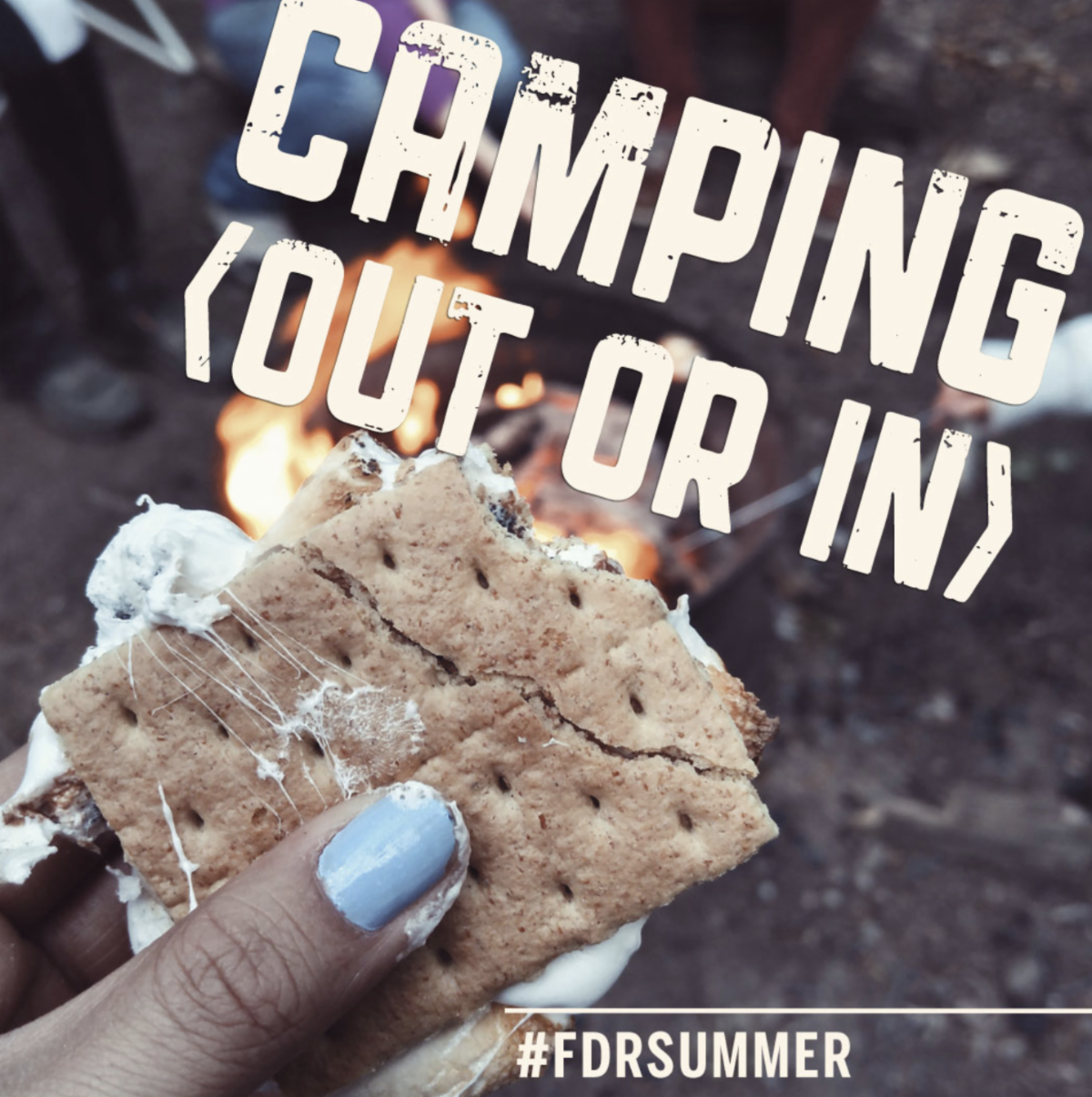 The Roosevelts loved nature and took advantage of the great outdoors whenever and wherever they could, enjoying every opportunity to go for a picnic or to camp out.

Why not plan a camp out...or a camp in.?
FDR summer activities» 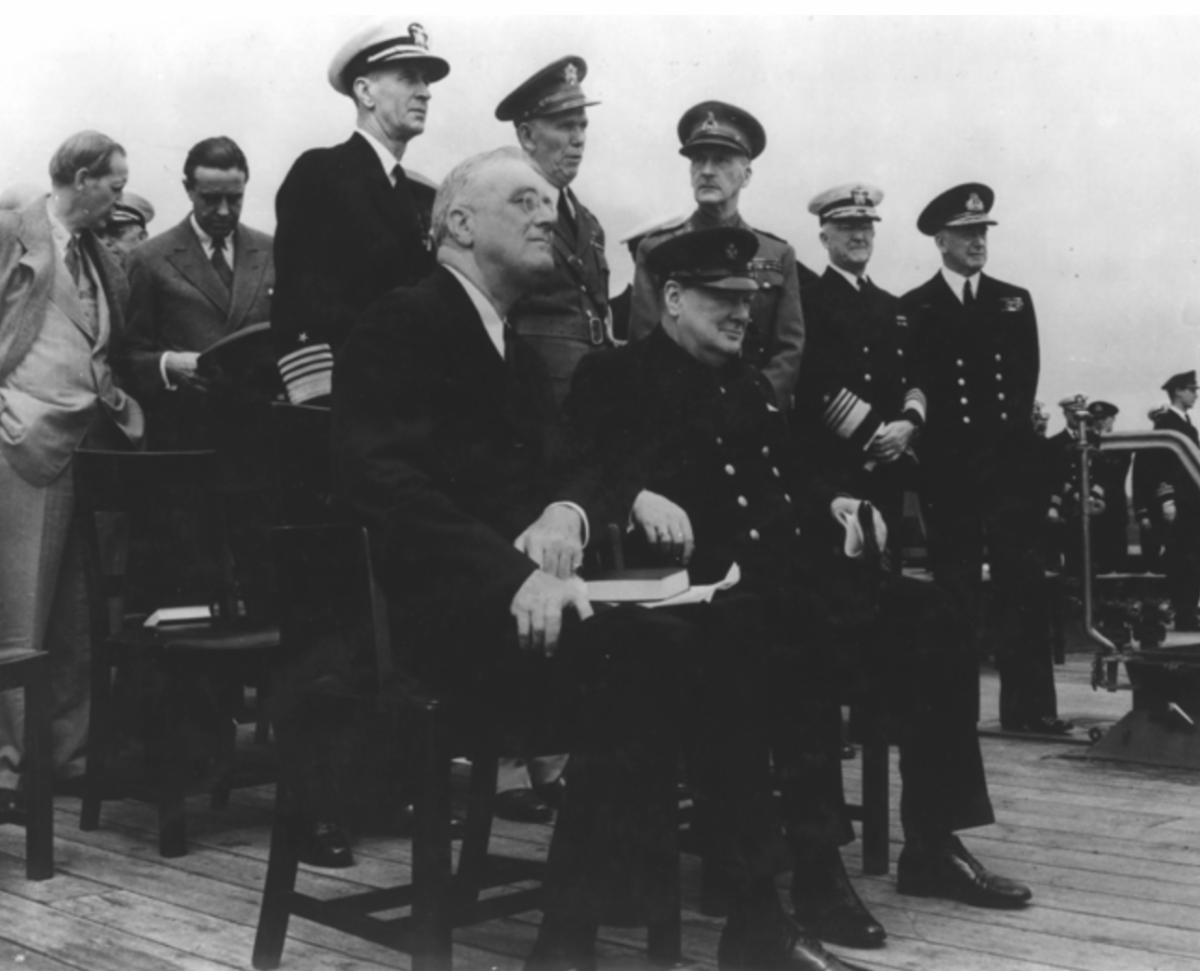 President Roosevelt and Prime Minister Churchill of Great Britain agreed to the Atlantic Charter at their first wartime conference, August 9-12, 1941. It was not an official document, but rather a joint statement expressing the war aims of the two countries--one technically neutral and the other at war.
Available online» 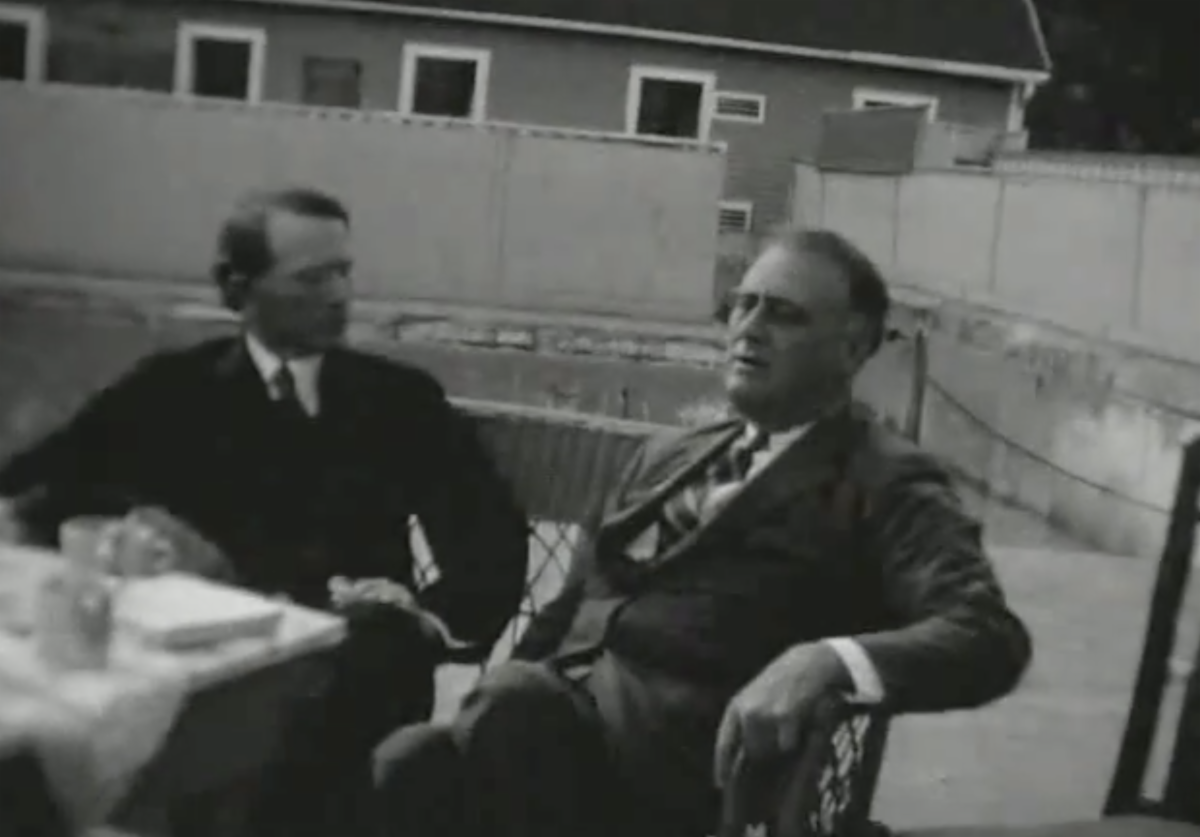