Three remarkable eyewitness reports collectively known as the Auschwitz Protocols were among the first to document the comprehensive scale of atrocities committed by the Nazis in the now-infamous extermination camp. The first English translations of these reports, received by the US government in October 1944 are now preserved within the Records of the War Refugee Board, an archival collection housed at the FDR Presidential Library. 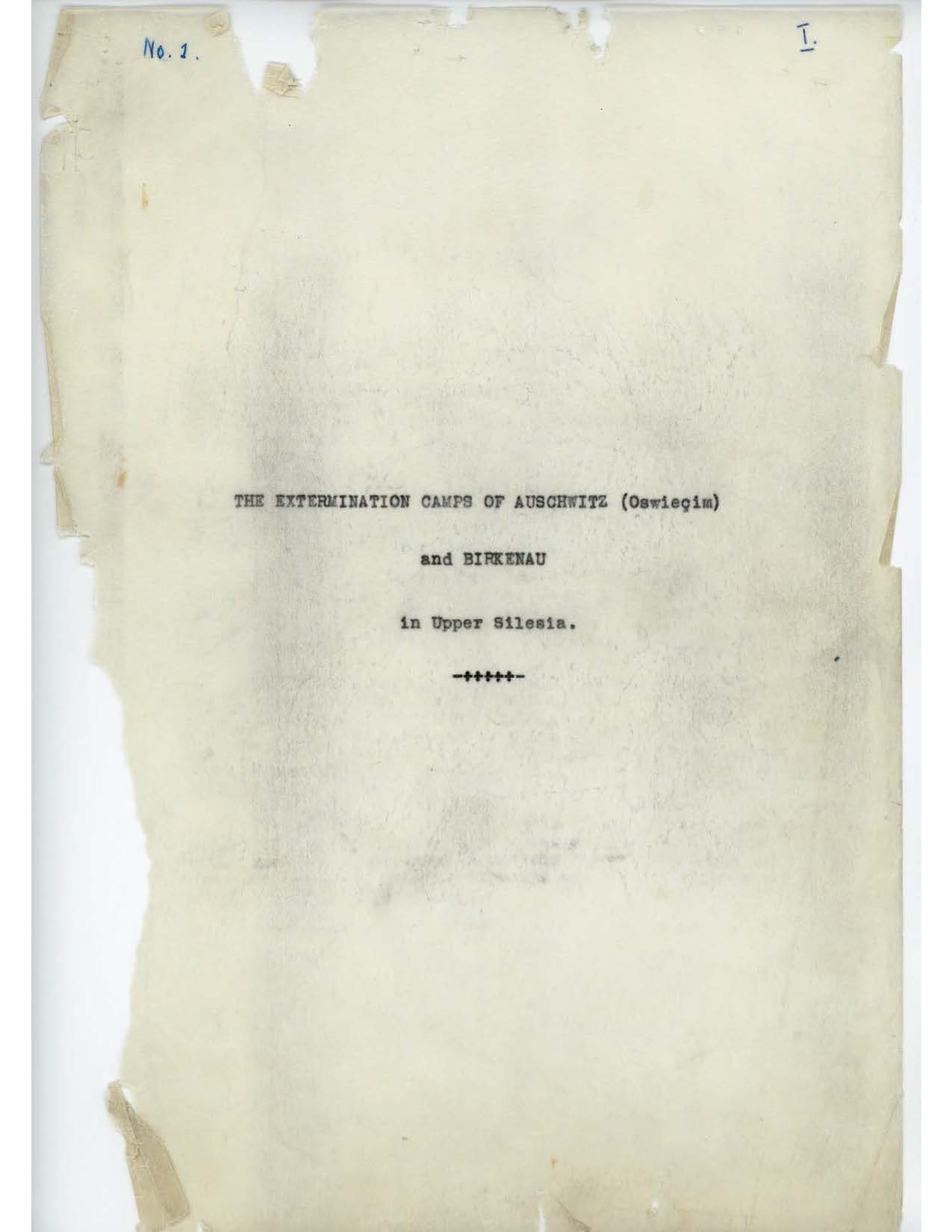 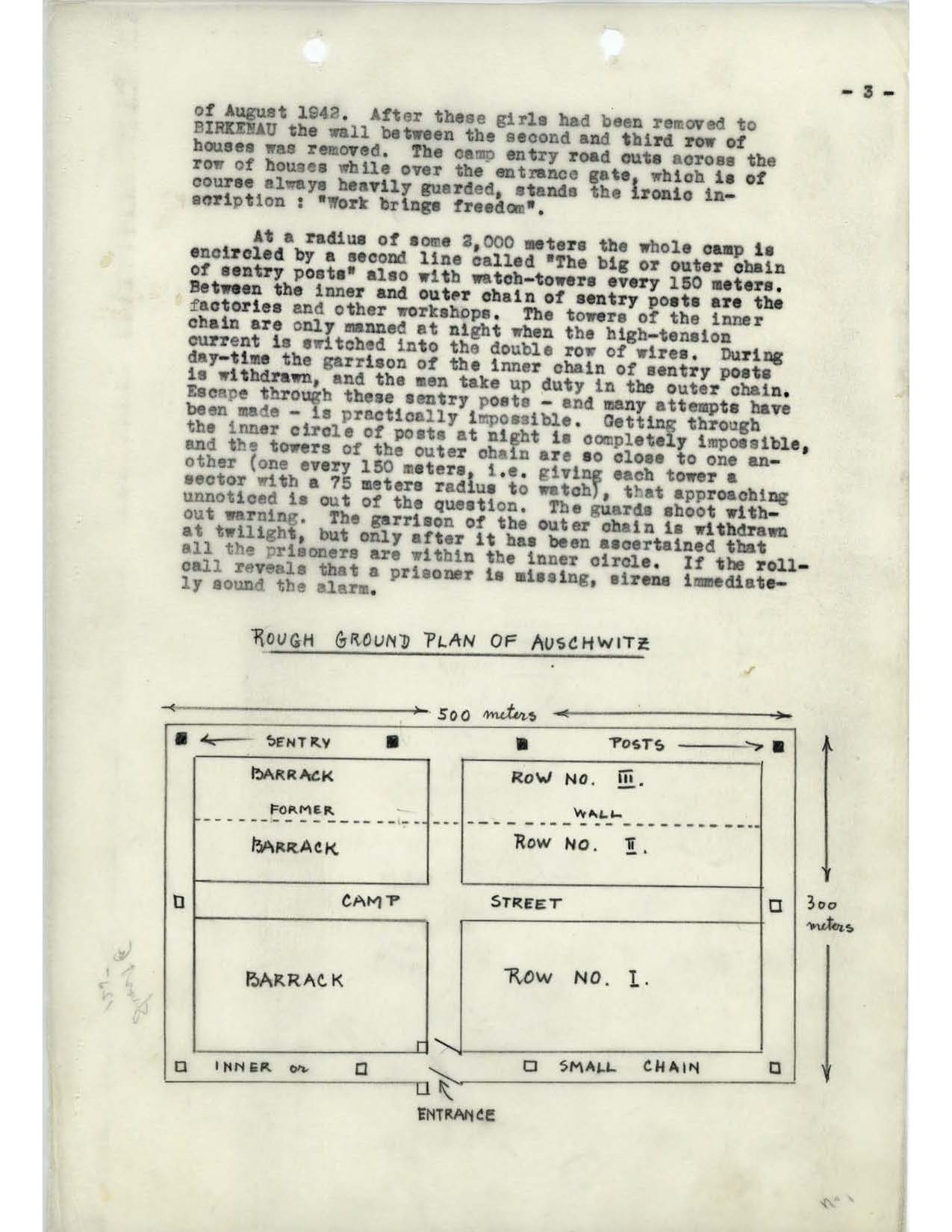 Two Slovakian Jewish prisoners of Auschwitz-Birkenau, Rudolf Vrba and Alfred Wetzler, escaped the camp in April 1944. They co-wrote a report (in Slovak) in late April 1944 describing the geography and functioning of the camps, the daily lives of prisoners, numbers, origin, categories of prisoners and who was selected for “work” or death. It was translated into German and typed by Oscar Krasniansky and Gisela Steiner of the Slovak Jewish Council. The report’s authors hoped to prevent further deportations of Hungarian Jews to Auschwitz.

The Vrba-Wetzler Report provided rare eyewitness details previously known only to Nazis or to prisoners, most of whom died. It was one of the first documents to estimate the death toll in the camp, and one of the earliest and most comprehensive portrayals of the gas chambers, for example:

“Prominent guests from Berlin were present at the inauguration of the first crematorium in March 1943. The "program" consisted of the gassing and burning of 8,000 Cracow Jews. The guests, both officers and civilians, were extremely satisfied with the results and the special peep-hole fitted into the door of the gas chamber was in constant use. They were lavish in their praise of this newly erected installation.” (Vrba-Wetzler report, p. 13)

After Swiss press coverage of the report, some details began appearing in American and British newspapers in June 1944, catalyzing international pressure (including from FDR) on the Hungarian government to halt deportations of Jews to Auschwitz. The deportations temporarily stopped in July, but resumed in October. That month, Roswell McClelland, an assistant to the American Minister in Switzerland, sent his own English translations of the full reports to John Pehle, Director of the US government’s War Refugee Board (WRB), an executive agency FDR had established to aid the civilian victims of Axis powers in January 1944. The WRB sent dozens of copies of the reports on November 18 under the title “German Extermination Camps - Auschwitz and Birkenau” to American journalists and to the House Appropriations Committee. Scholars debate how effectively they were used to influence American and Allied response to the Holocaust, but they were published nationwide on November 26, 1944, and later used as evidence in the Nuremberg trials.

The Auschwitz Protocols comprise three separate reports including (1) the Vrba-Wetzler report, (2) “The Polish Major’s Report” written by Jerzy Tabeau (who escaped in November 1943 and created the report between December 1943 and January 1944), and lastly, (3) “Death Camp at Oswiecim” by Arnost Rosin and Czeslaw Mordowicz, who escaped from Auschwitz on May 27, 1944. They are housed in the Records of the War Refugee Board, Box 7, Folder: “German Extermination Camps.”