President Roosevelt articulated his position on the collective bargaining of Federal government employees at a press conference on July 9, 1937, at which he recounted his experiences working with employee representatives while serving as Assistant Secretary of the Navy during the Wilson Administration.

The President then articulated the distinction between Federal employees and non-governmental workers, particularly emphasizing the responsibility of the former to the citizenry and the limitations placed on the scope of collective bargaining by the fact that Congress actually sets the wage scale for Federal workers.

The opportunity then presented itself a short time later for the President to more formally set forth the Administration's position when Luther C. Steward, President of the National Federation of Employees, asked Roosevelt to attend the organization's twentieth annual convention.

President Roosevelt, through White House secretary William D. Hassett, solicited a draft response from the head of the Civil Service Commission, particularly emphasizing the points he had made in his earlier press conference on the subject. The draft reply to Mr. Steward was personally reviewed by the Attorney General and then sent to Mr. Steward by the President on August 16, 1937.

The White House released the letter publicly in September, and it became the Administration's official position on the collective bargaining of Federal government employees.

No statements as to FDR’s views on collective bargaining for state or municipal workers were found among his papers as Governor of New York or as President.

It should be pointed out, however, that the President had a much more expansive view of the rights to collective bargaining of workers not engaged in Federal employment, as can be seen by the following statements:

"It is now beyond partisan controversy that it is a fundamental individual right of a worker to associate himself with other workers and to bargain collectively with his employer."
Address at San Diego Exposition, October 2, 1935

"Cooperation with labor as well as with business is essential to the continuation of the programs we are working out for a more stable and more satisfactory industrial life in this country. I have on a number of occasions urged the necessity, as well as the soundness, of furthering the principle of collective bargaining as between labor and management."
A Greeting to the American Federation of Labor, February 11, 1935. 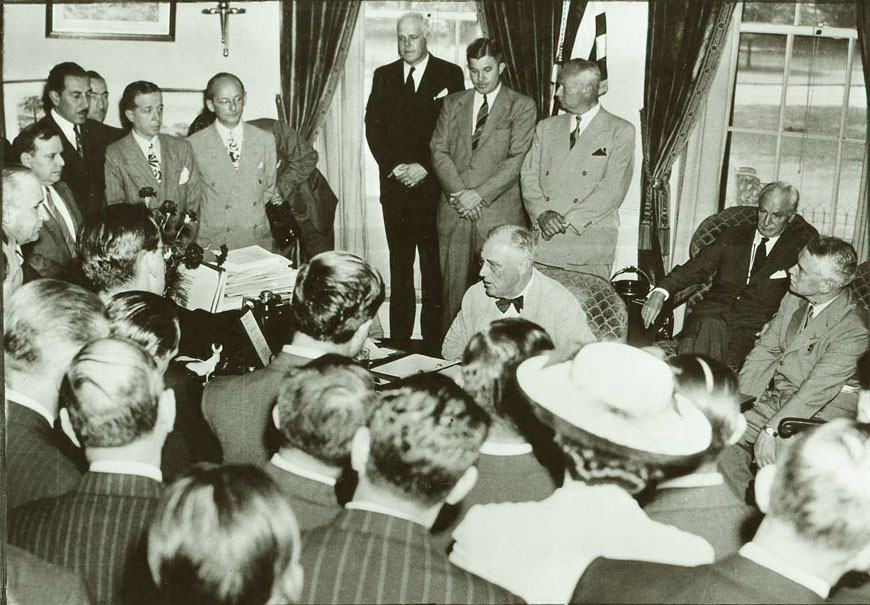 FDR receives ILO delegates after their conference in Philadelphia. Washington, DC, May 17, 1944.

"The rules that governed the blacksmith's shop in the days of Washington cannot, of necessity, govern the relationship between fifty thousand employees of a great corporation and the infinitely complex and diffused ownership of that corporation. If fifty thousand employees spoke with fifty thousand voices, there would be a modern Tower of Babel. That is why we insist on their right to choose their representatives to bargain collectively in their behalf with their employer."
Radio Address to the Young Democratic Clubs of America, August 24, 1935.

"A better relationship between labor and management is the high purpose of this Act [Wagner National Labor Relations Act]. By assuring the employees the right of collective bargaining it fosters the development of the employment contract on a sound and equitable basis. By providing an orderly procedure for determining who is entitled to represent the employees, it aims to remove one of the chief causes of wasteful economic strife. By preventing practices which tend to destroy the independence of labor, it seeks, for every worker with its scope, that freedom of choice and action which is justly his."
Statement Upon Signing the National Labor Relations Act, July 5, 1935. 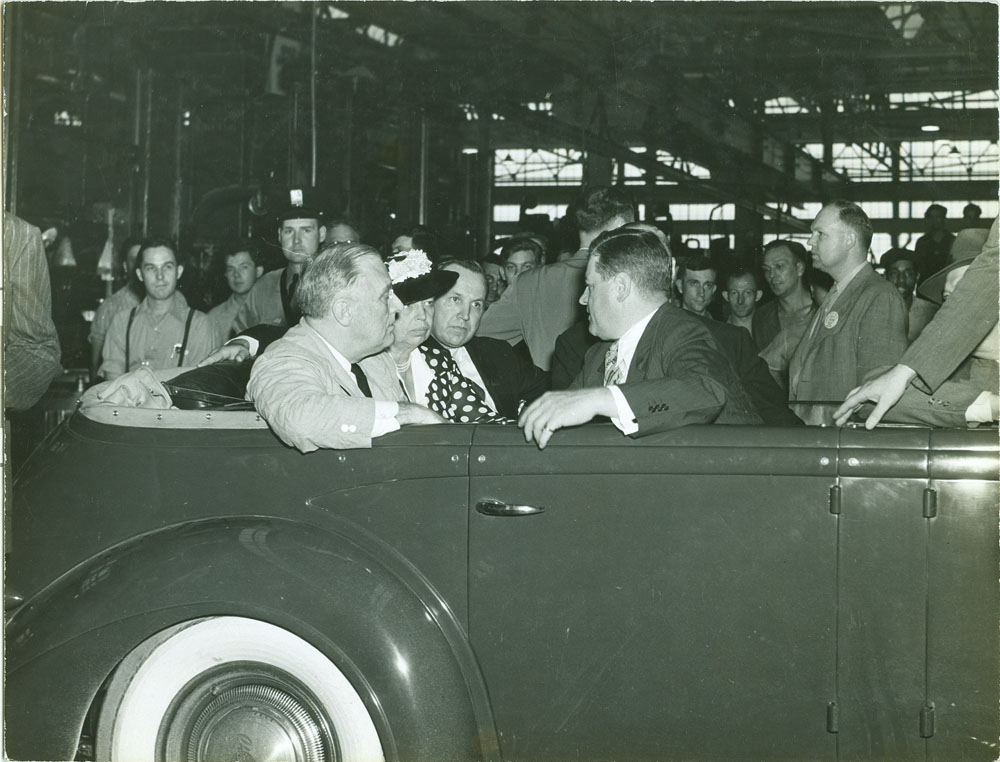