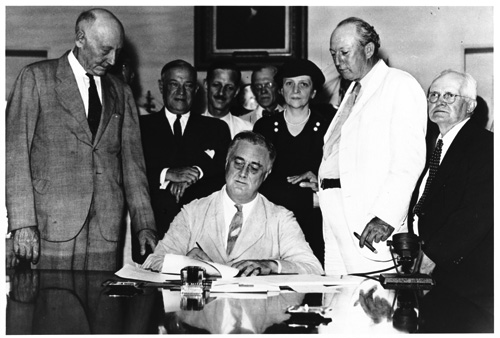 “If, as our Constitution tells us, our Federal Government was established . . . ‘to promote the general welfare,’ it is our plain duty to provide for that security upon which welfare depends.” — Franklin D. Roosevelt  June 8, 1934

On August 14, 2011 Americans celebrated the 76th birthday of the most far-reaching social program in our history — Social Security.

The crown jewel of FDR’s New Deal, Social Security is his greatest legacy to the nation. Historians concur on its singular importance. “No other New Deal measure proved more lastingly consequential or more emblematic of the very meaning of the New Deal,” notes Stanford historian David M. Kennedy. Roosevelt would have agreed. “He always regarded the Social Security Act as the cornerstone of his administration,” Secretary of Labor Frances Perkins recalled, “and . . . took greater satisfaction from it than from anything else he achieved on the domestic front.”

To mark the historic anniversary for the second year running, the Franklin D. Roosevelt Presidential Library and Museum presents an exhibition on the history and legacy of the Social Security Act. The exhibit runs through Saturday, December 31, 2011 and is the prime special attraction at the Museum in 2011.

This exhibition was created in a unique collaboration with the Social Security Administration. It features items drawn from the unparalleled historical collections at the Roosevelt Library and the Social Security Administration’s archive. These include rarely seen documents and artifacts, along with photographs, film, audio, posters and other items from the Library and Museum's collections. 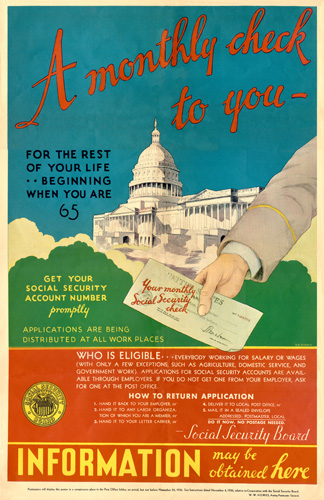 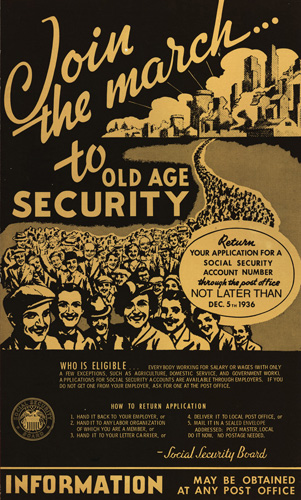