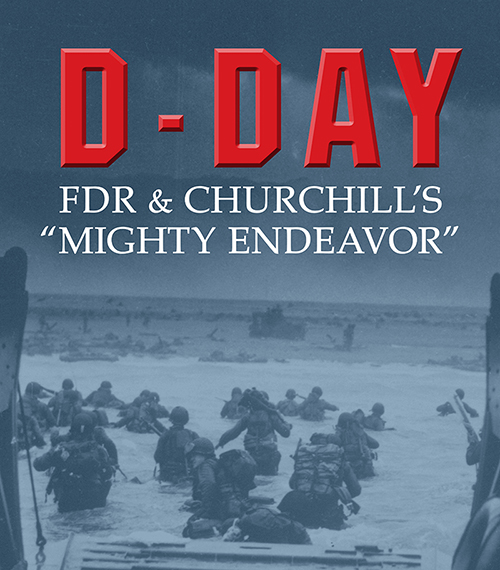 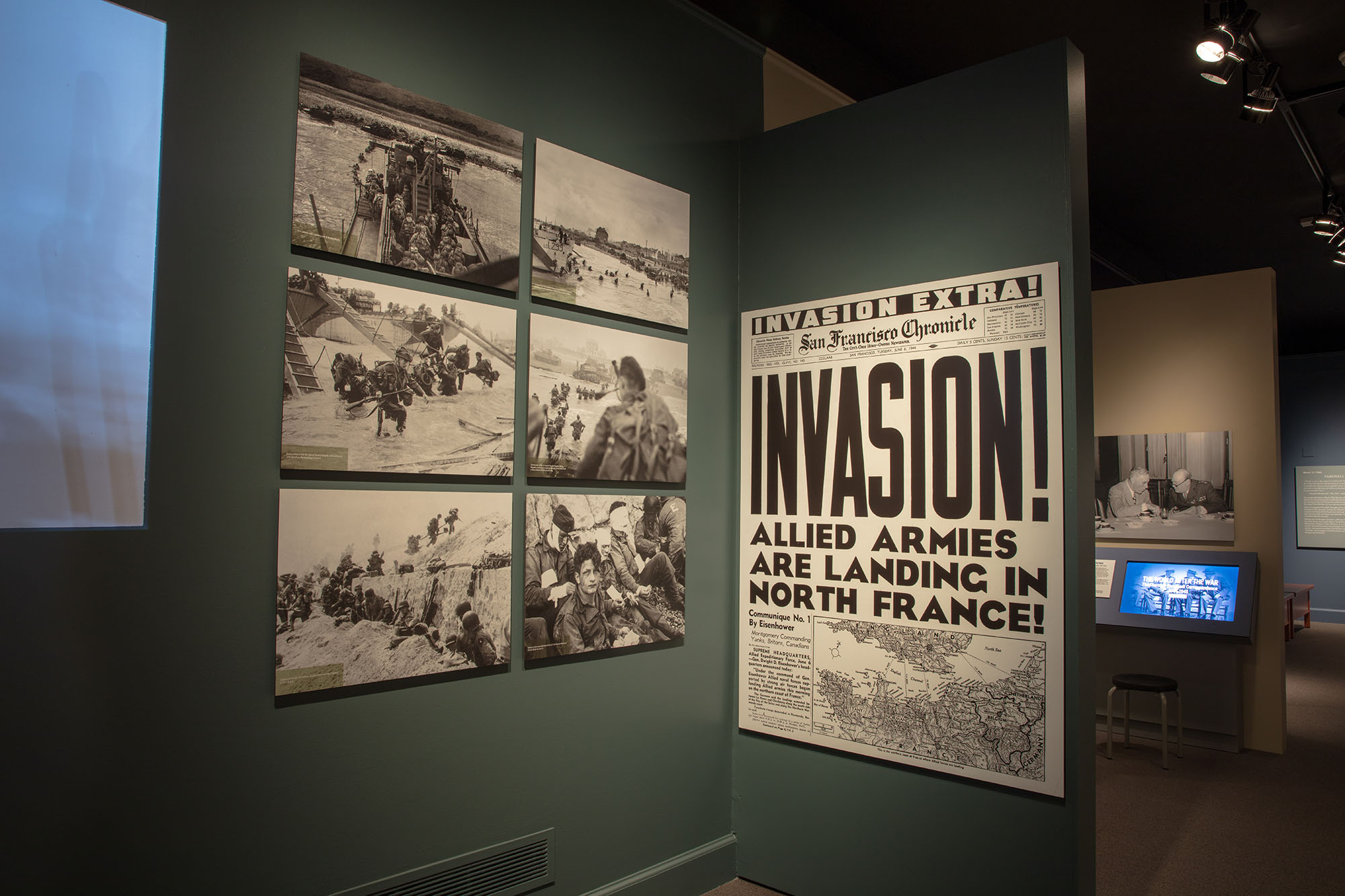 This exhibit explores a friendship often called the most important of the twentieth century. Forged amid the most devastating war in human history, it has attained an almost mythic status. The complexity of their “special relationship” is revealed in the top-secret communications that flowed back and forth across the Atlantic as they debated and decided on the greatest amphibious assault in the annals of war.

OVERLORD was a triumph of Allied cooperation and planning—and “D-Day” takes you inside the rooms where it happened. On the surface Anglo-American unity was the top priority. Yet behind the public face of Allied harmony lay a more conflicted reality. Years of disagreements, postponements, and sometime angry debate preceded the decision to undertake the great invasion. Churchill observed, “There is only one thing worse than fighting with allies, and that is fighting without them.” Understanding their differences makes the successful wartime collaboration in their “mighty endeavor” even more remarkable. Using the collections of the Franklin Roosevelt Presidential Library and the Churchill Archives Centre of Churchill College, Cambridge, this special exhibit tells the story of that collaboration and the friendship that sustained it. 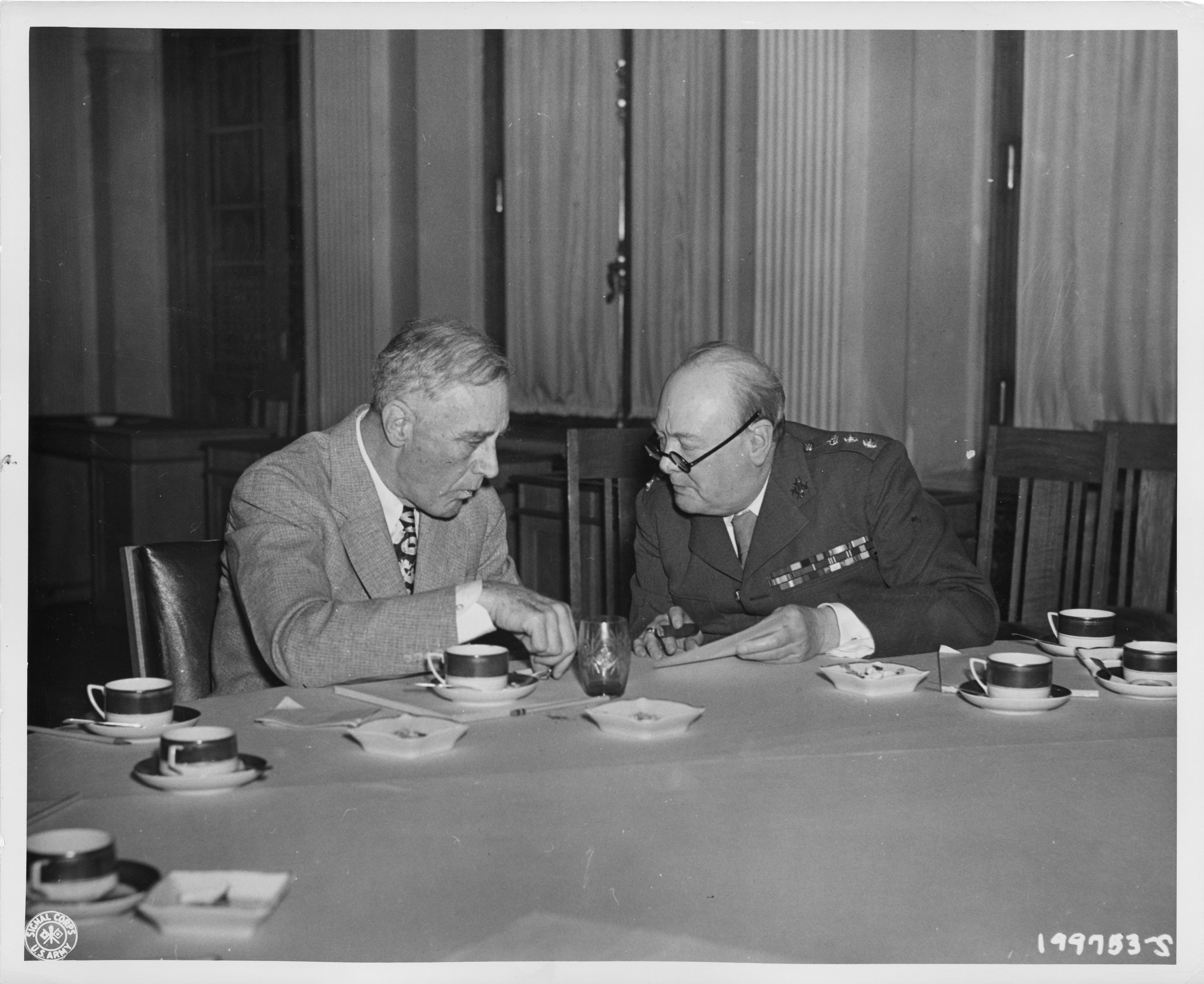 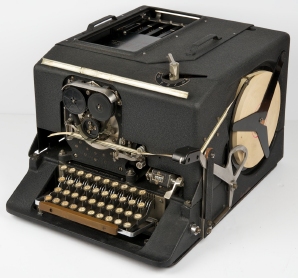 Featuring four interactive installations including a 65” touch-table showing the location and movement of the 1.2 million soldiers and sailors involved in the invasion, visitors can explore the actual maps and classified cables from FDR’s super-secret Map Room. There are 69 documents, many never seen in public before, and 39 artifacts including a rare ECM Mark II SIGABA cipher machine that was used to encode the most sensitive transmissions from FDR to Churchill. A wide range of historic photographs, films, newspapers, and cartoons show the extraordinary scope of Operation OVERLORD.

“D-Day: FDR and Churchill’s Mighty Endeavor” is open to the public in the William vanden Heuvel Gallery from May 25, 2019 until January 6, 2020.

This exhibit was made possible through the generous support of our nonprofit partner the Roosevelt Institute and the following: