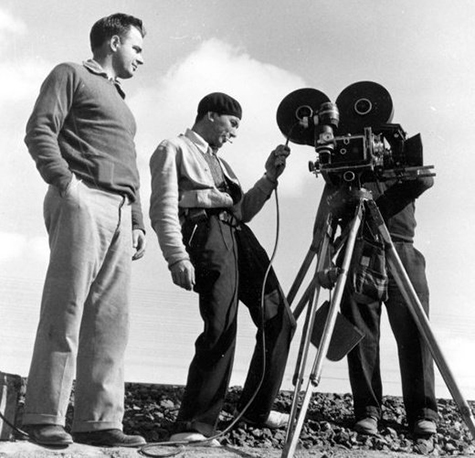 Censored: The Private Life of the Movies
Co-authored with Morris L. Ernst
Published by Cape & Smith, 1930

The River
Published by Stackpole & Son, 1938

The Plow That Broke the Plains (1936)
Written and directed for the U.S. Resettlement Administration

The River (1938)
Written and directed for the USDA Farm Security Administration
Released by Paramount Pictures; won Best Documentary at the Venice International Film Festival; narration nominated for a Pulitzer Prize in poetry

The Fight for the Life (1940)
Written and directed for the U.S. Film Service
Released by Columbia Pictures; won Best Documentary Film Award from the National Board of Review; script included in Twenty Best Film Plays, a book by Prof. John Gassner and Dudley Nichols (Crown Publishers, 1943)

The City and The Land
Supervised and written by Pare Lorentz

Nuremberg: Its Lesson for Today
Directed by Pare Lorentz and shown for two years post WWII to packed houses in American-occupied Germany and other European nations; not released in the U.S. until 1979