Great Britain on the Brink

By the end of 1940, Great Britain’s war effort against Germany had reached a point of crisis. On November 23, Britain’s ambassador to the U.S., Lord Lothian, arrived at New York’s La Guardia Airport where he held an impromptu press conference. “Well boys,” he announced to the assembled journalists, “Britain’s broke; it’s your money we want.” This remark was widely reported by the American news media, and British Prime Minister Winston Churchill questioned its diplomatic tact. Even so, it was no exaggeration.

Since April, Britain had been fighting Germany on land, at sea, and in the air. The cost of these operations had nearly drained Britain’s reserves of currency and gold. Without those funds, Britain could no longer purchase the vital American-made war supplies it had been buying since the war broke out in September 1939.

Indeed, in early December 1940, Churchill followed up Lothian’s public announcement with a personal letter to President Franklin D. Roosevelt. “The moment approaches,” he wrote, “when we shall no longer be able to pay cash for shipping and other supplies.” Already well aware of the dangers posed by Nazi-German expansion, Roosevelt was determined to answer Britain’s need. A few months later that answer would take the form of the Lend-Lease program. 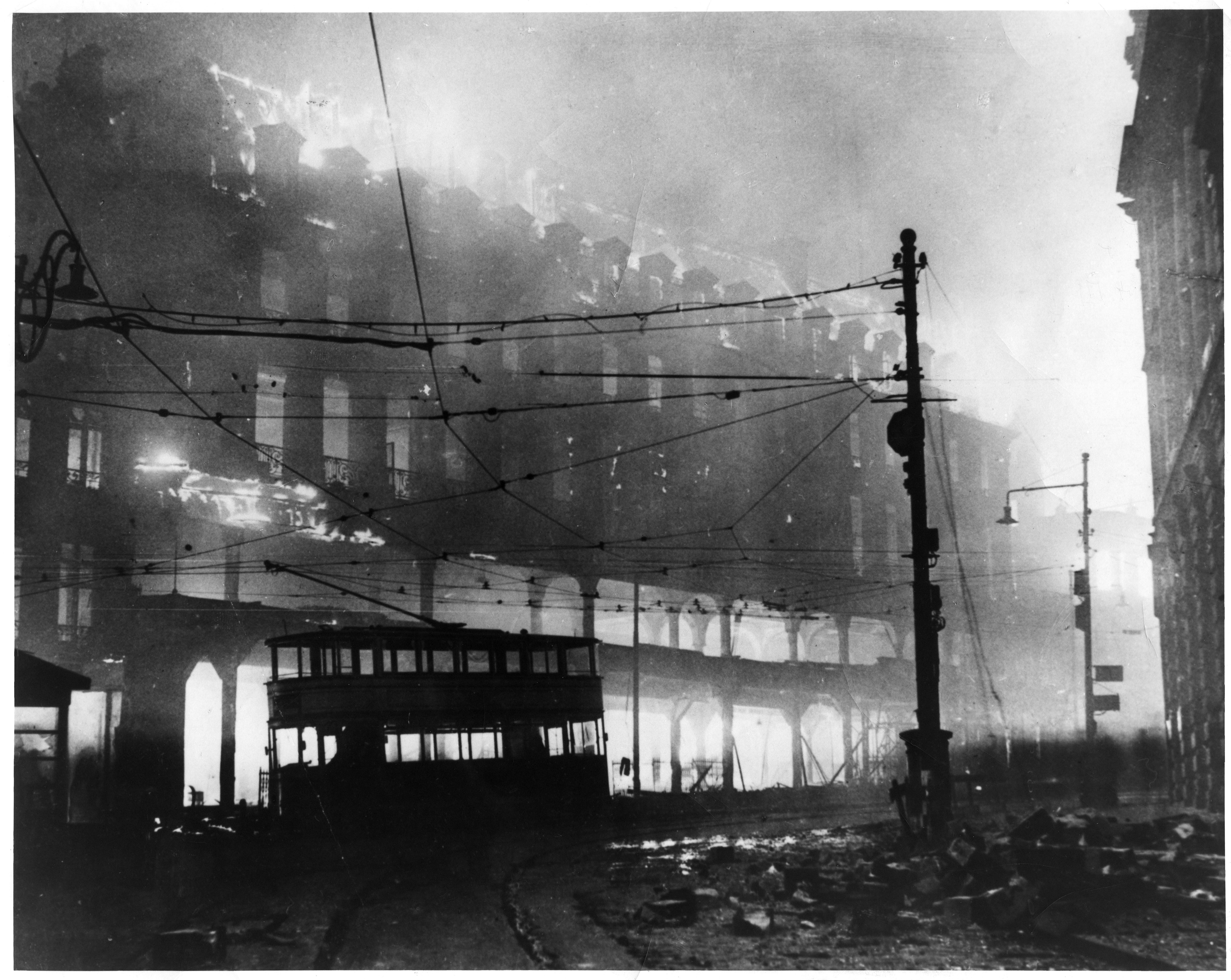 The program emerged after considerable effort by Roosevelt to persuade skeptical members of Congress and the general public of its necessity. That skepticism dated from America’s involvement in World War I (1917-1918), the traumas of which caused many Americans to embrace isolation from world affairs. In the 1930s, as fascist aggression in Europe provoked a series of international crises, isolationist members of Congress passed a series of Neutrality Acts that severely limited the extent to which the Roosevelt administration could respond to these crises.

In 1939, after Germany invaded Poland, Roosevelt bypassed these restrictions by persuading Congress to permit the government to sell military supplies to France and Britain on a cash-and-carry basis—in other words, they could pay cash for American-made supplies and then transport them on their own ships. This system served a dual purpose: it enabled Roosevelt to send material support to the anti-Nazi allies while allowing the U.S. to avoid direct involvement in the widening war. However, by late 1940, with France fallen and Britain nearly bankrupt, this system could no longer effectively aid resistance to German expansion. 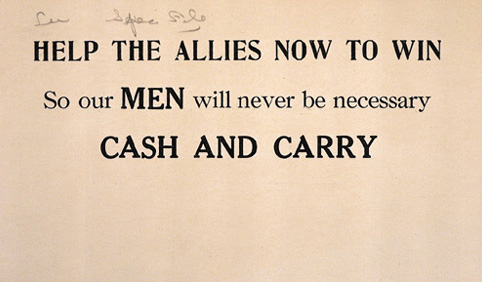 November, 1939 postcard supporting aid to allies through amendments to the Neutrality Act, sent to members of Congress by private interest groups. Records of the House of Representatives, National Archives and Records Administration.

In December, shortly after he received Churchill’s appeal, Roosevelt began working to persuade Congress and the public that more direct aid to Britain was in America’s vital interest. On December 17 FDR held a press conference in which he introduced to the public the idea of lending, as opposed to selling, military supplies to Britain. He likened the plan to lending a garden hose to a neighbor so that the neighbor could put out a fire in his house; the neighbor would then return the hose “intact” or, if it got “smashed up—holes in it—during the fire,” replace it with a new one.

Later, in his December 29 Fireside Chat, Roosevelt envisioned the U.S. more grandly as the “arsenal of democracy,” using its industrial and agricultural might to aid nations that stood against brutal Nazi aggression. Meanwhile, Roosevelt’s administration and its Congressional allies worked vigorously to secure legislative support for this new program of aid. Throughout the formal debates and back-room negotiations, Roosevelt’s plan faced significant opposition from isolationists and from those who argued that the plan would give Roosevelt too much personal power.

Despite this opposition, Roosevelt and his Congressional supporters prevailed, and on March 8, 1941, HR 1776, the Lend-Lease Act (subtitled “An Act to Promote the Defense of the United States”), passed through a final vote in the Senate. On March 11 the president signed it into law. (See Roosevelt’s press conference after the signing.)

The Act indeed gave the president great power to spend funds allocated by Congress as he saw fit. Once the bill passed, Roosevelt wasted no time in exercising that power. Through the new Office of Lend-Lease Administration, Roosevelt ordered supplies shipped from U.S. ports to Britain which, by late April, was receiving vast quantities of food and war materials. Further, over the succeeding months, Roosevelt exercised his power under the Act to add more countries to the list of aid recipients.

By the end of 1942, the list included the Soviet Union, China, Australia, New Zealand, and the governments-in-exile of Poland, the Netherlands, and Norway. Later, the Free French movement under Charles de Gaulle received supplies, as did a host of new Latin American allies including Paraguay, Brazil, and Peru. 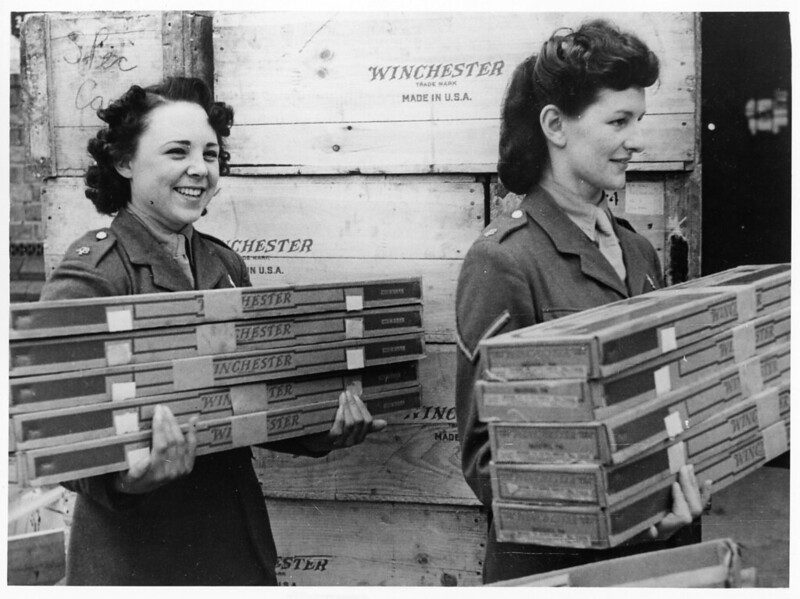 The task of managing such a vast program was staggering. The program’s three administrators—Harry Hopkins (March-August 1941), Edward Stettinius (August 1941-September 1943), and Leo Crowley (September 1943-1945)—all faced tremendous administrative and logistical challenges. These included how best to prepare inadequate Moroccan ports to receive supplies for Allied troops in North Africa; how to feed U.S. troops in the Pacific with food from New Zealand that was also needed by the civilian population of Britain; and how to provide civilians in various regions with what they could best use.

One of the biggest challenges was balancing the needs of allies with those of domestic wartime industry. In November 1941, for example, Franklin Roosevelt worried that the Lend-Lease program was sending abroad machine tools that U.S. munitions factories urgently needed. Accordingly, he requested that Secretary of War Henry Stimson and the Secretary of the Navy Frank Knox conduct a thorough study of the matter.

The Lend-Lease program also had to deal with political challenges both at home and abroad. At home the program remained controversial for months after the passage of the Lend-Lease Act. In August and September 1941, for instance, U.S. newspapers widely reported allegations that the British mission to the U.S. had been charging thousands of dollars for expensive meals and wine to the Lend-Lease appropriations. The Roosevelt administration eventually silenced the accusations by denouncing them as malicious propaganda designed to undermine the U.S. aid effort. Even so, until the Pearl Harbor attack formally brought the U.S. into the war, lingering suspicion of British motives continued to complicate the Lend-Lease program.

Nearly as complicated were dealings with other Allies. For example, in the winter of 1942, the Roosevelt administration confronted Soviet suspicions that the terms under which they received Lend-Lease were less advantageous than those Britain enjoyed. Further, in July 1943, when generals Charles de Gaulle and Henri Giraud were vying for control of French military operations in North Africa, Lend-Lease officials had to account for Roosevelt’s personal dislike of de Gaulle and his wish to strengthen Giraud’s claim with Lend-Lease shipments. De Gaulle’s superior political skills soon pushed Giraud aside, forcing Roosevelt to recognize his command.

Difficult as these challenges were, the Lend-Lease program overcame them all. Shipments of food and military supplies grew steadily every month after the passage of the Lend-Lease Act in March 1941. By the end of January 1945, the U.S. had spent $36,555,000,000 or about 15% of its total war budget. Those numbers would continue to rise through the final months of the war, as militaries and civilian populations throughout the world received what they needed when and where they needed it. With awesome organizational skill, the Lend-Lease program succeeded in realizing Franklin Roosevelt’s vision of making the United States the arsenal of the Allied war effort.