Sourced from eleven digitally-restored home movies recently donated by Missy LeHand’s family, this footage offers a rare, intimate view of the private social lives of both the President and Eleanor Roosevelt.

These candid scenes, shot in both color and black-and-white, date roughly 1932 to 1941. They depict a wide range of personal relationships and activities enjoyed by the Roosevelts’ large and dynamic group of friends, family, and advisers. In them we see FDR driving around Hyde Park; casual visits with European royalty; picnics in the woods; goofy egg races at Val Kill (spoiler alert–Eleanor cheats!); boats playfully speeding during fishing trips; Eleanor knitting in the sunshine at Campobello; and, of course, joyful swimming at Warm Springs.

More About a Remarkable Donation

In 2017, Barbara Collins Jacques donated the Marguerite (Missy) LeHand Film Collection to the FDR Presidential Library. The donation was made in honor of her great aunt, Missy, and her mother, Marguerite Farwell Collins. It consists of eleven original 16mm home movies, all either captured by Missy, or given to her by others who shared company with the Roosevelts. Together the films total more than two hours in run time. 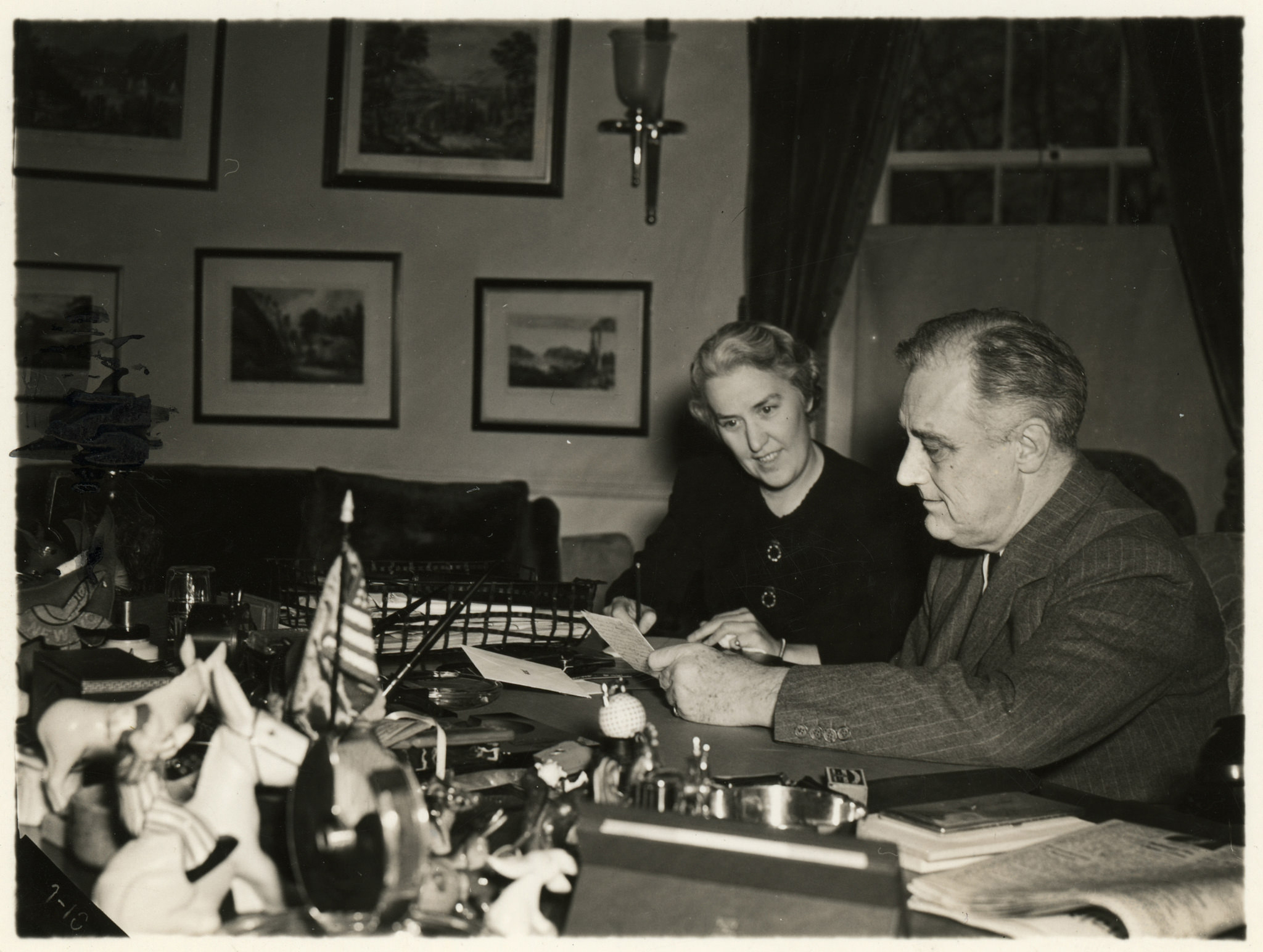 Missy LeHand was FDR’s longtime personal secretary and confidante. Her film collection documents social activities from a Roosevelt inner circle perspective, and bring new insight to our understanding of the people behind the presidency.

Film editors at the Pare Lorentz Film Center at the FDR Library are now preparing these primary source motion pictures for use in education programs, online exhibits, and social media sharing to come. Teachers, students, and historical researchers can access this new content in the Library's research room, by request to archives.fdr@nara.gov, on YouTube, and soon via the National Archives Catalog.

Nine of eleven films are now available as a YouTube playlist. Two additional films contain copyrighted content, and are available for reference in the research room, or by request to archives.fdr@nara.gov.