The National Archives holds and provides access to millions of records created or received by the U.S. Government during and after World War II that document Nazi war crimes, wartime refugee issues, and activities and investigations of U.S. Government agencies. Significant Holocaust materials reside at the FDR Presidential Library, and a new discovery project is underway -- charting a new path through these records.

On April 24, 2017, the Franklin D. Roosevelt Presidential Library and Museum formally launched the Henry Morgenthau, Jr. Holocaust Collections: A Curatorial Project -- a pathfinding initiative to discover unique but dispersed Holocaust subject material across the Roosevelt Library’s archival holdings. The project will begin by exploring three major Library collections: the Morgenthau Papers & Diaries, the Records of the War Refugee Board, and the Rudolf Vrba Papers. By introducing emerging practices from the field of digital humanities in developing the project, the Library will provide better access -- building on existing digital resources -- to these Holocaust-related records. These collections will be available through the Library’s website.

The Roosevelt Library announced this new collections project on the occasion of Holocaust Remembrance Day with a ceremony in the Library’s Arthur M. Schlesinger Research Room. Participants included former District Attorney for New York County Robert Morgenthau, Library Trustee Ambassador William J. vanden Heuvel and Mrs. Rudolf Vrba, along with senior NARA officials and FDR Library Trustees. This project is named in honor of Henry Morgenthau Jr., President Roosevelt’s Treasury Secretary and a powerful voice in the FDR administration in regards to the treatment of refugees and a seminal force in the establishment of the War Refugee Board.

There is perhaps no issue from the period of 1937 to 1945 that generates as much interest, research and controversy as the Unites States’ response to information concerning the Nazi campaign to eliminate the Jewish population of Europe during World War II. The issue is extraordinarily complicated and filled with contradictory perspectives and narratives.

The FDR Presidential Library houses thousands of potentially significant archival items related to refugees fleeing Nazi persecution, communications regarding the Holocaust and the Roosevelt administration’s responses. These materials are scattered across the Library’s 400+ manuscript collections that document the political, diplomatic, economic, and social climate surrounding the Roosevelt administration. Manuscript collections include FDR’s Papers as President; the Eleanor Roosevelt Papers; the Henry Morgenthau, Jr. Papers, Diaries, and Press conferences; the Sumner Welles Papers; and many more, all of which are open for research, but not yet digitized. The newest collection is the Rudolf Vrba Papers. Rudolf Vrba was one of two people to escape from the Nazi death camp at Auschwitz-Birkenau who co-wrote a detailed report regarding the operation of the camp. His intention was to alert the potential victims regarding the fate that awaited them as well as the political leaders in the free world. His story is one of outspoken commitment to the truth. His papers, newly open for research, are an important addition to the collection.

“My husband was a scientist and teacher at the University of British Columbia. In addition to his science, Rudi worked passionately to clarify and help scholars understand confusing aspects of the Nazi machinery of mass murder and theft. He kept copies of much of his correspondence,” Dr. Vrba’s wife, Robin Vrba said. “Rudi had a great admiration for Franklin D. Roosevelt and the United States resolve and action to defeat Nazism. I know he would be proud that all this work is housed in the FDR Library and will be available to researchers online.” 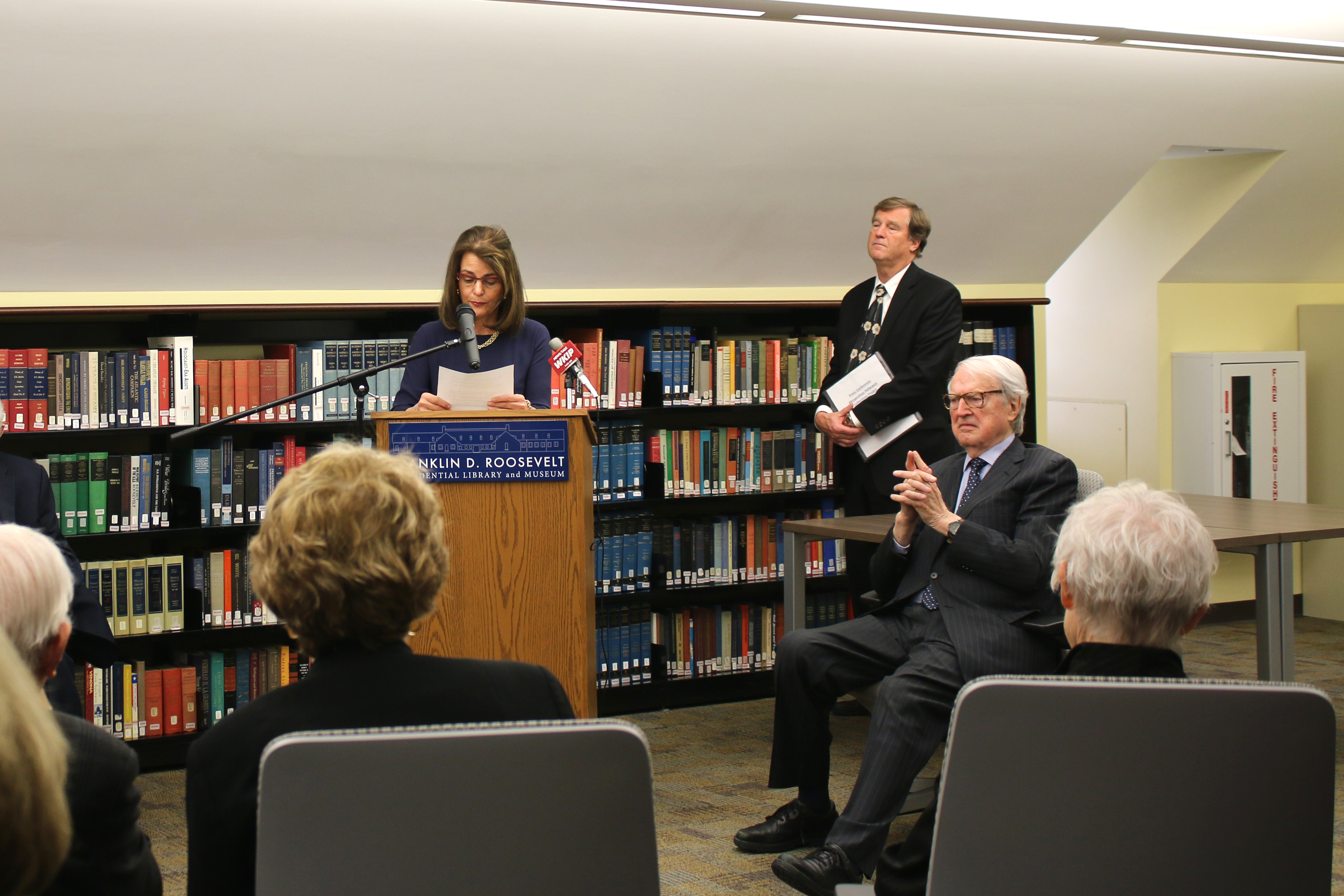 Ambassador William J. vanden Heuvel said, “The Vrba-Wetzler Report, known to history as the Auschwitz Protocols, is among the most significant documents of Holocaust history. Rudolf Vrba risked his life as a 19-year old prisoner of the Nazis to make public the true meaning of Auschwitz. His incredible courage sustained his determination to do everything possible to save Hungary’s Jews from the fate that Auschwitz represented. To have Rudolf Vrba’s papers as part of the Archive is a significant resource for scholars and students everywhere.”

The Morgenthau Holocaust Collections at the FDR Library will start with three major components, the Morgenthau Diaries & Press Conferences (400,000 pages already digitized) the Records of the War Refugee Board (digitized) and the Rudolf Vrba Papers. The Library plans to fully digitize the Vrba Papers and to begin the scholarly research into identifying relevant material from the papers of Harry Hopkins, Eleanor Roosevelt, and others.

“I am pleased that the FDR Presidential Library and Museum is commemorating Holocaust Remembrance Day and is announcing the Morgenthau Holocaust Collections project which will have available documents on the Holocaust from my father’s papers as Chairman of the War Refugee Board and other proposed documents covering, first, the murder of Jews and other minorities by gunfire and, later, in the concentration camps,” said Robert Morgenthau. “I am also pleased that you are recognizing the contribution of the Morgenthau family at this important event.”

The project is supported by Trustees of the FDR Presidential Library, with generous funding provided by private donations.

The Morgenthau Holocaust Collections will harness the potential for digital curation across disparate groups of historical records, and create powerful new instruments for scholars and the general public to develop a broader, richer understanding of how and why President Roosevelt and the United States government took the actions they did during this period. 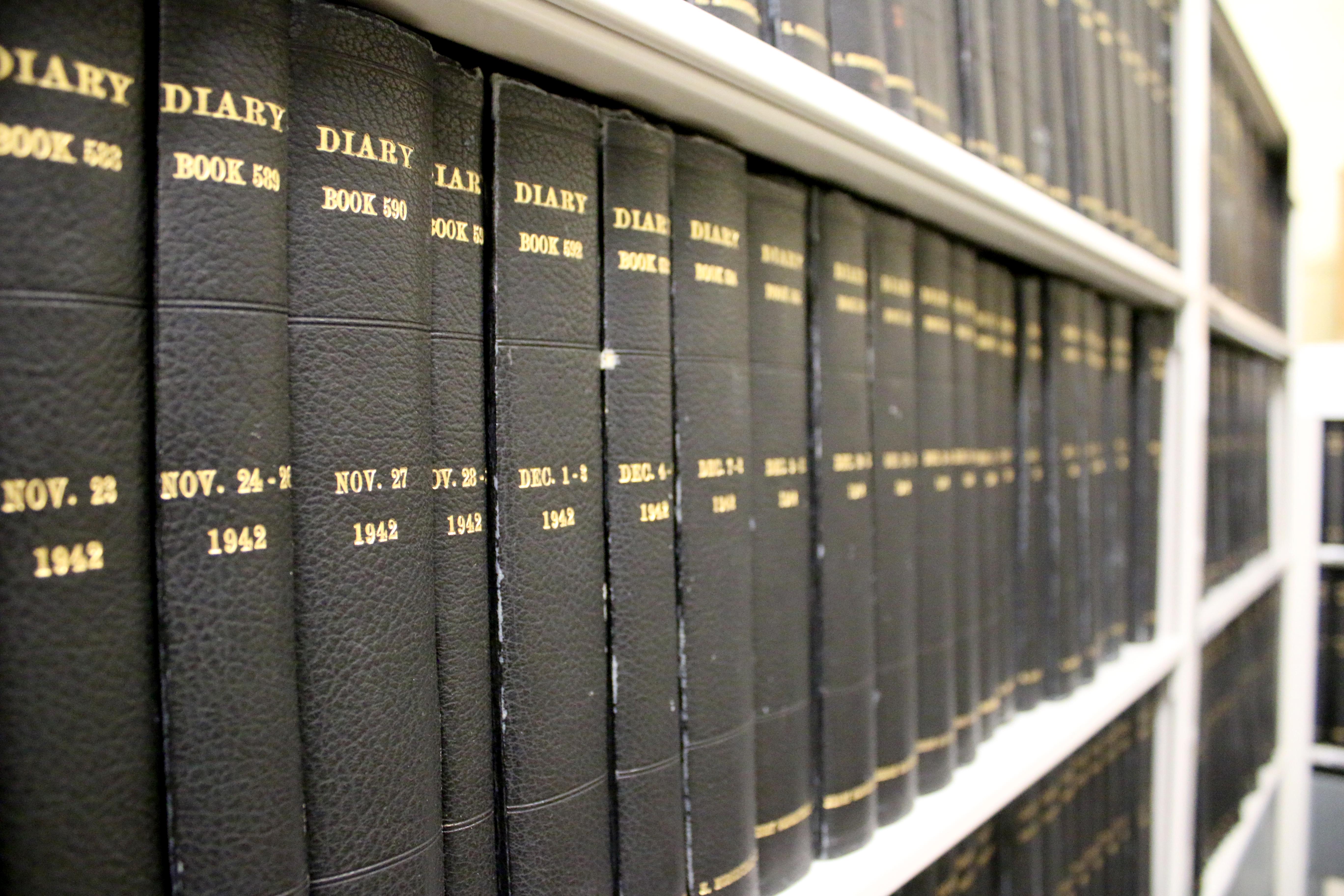