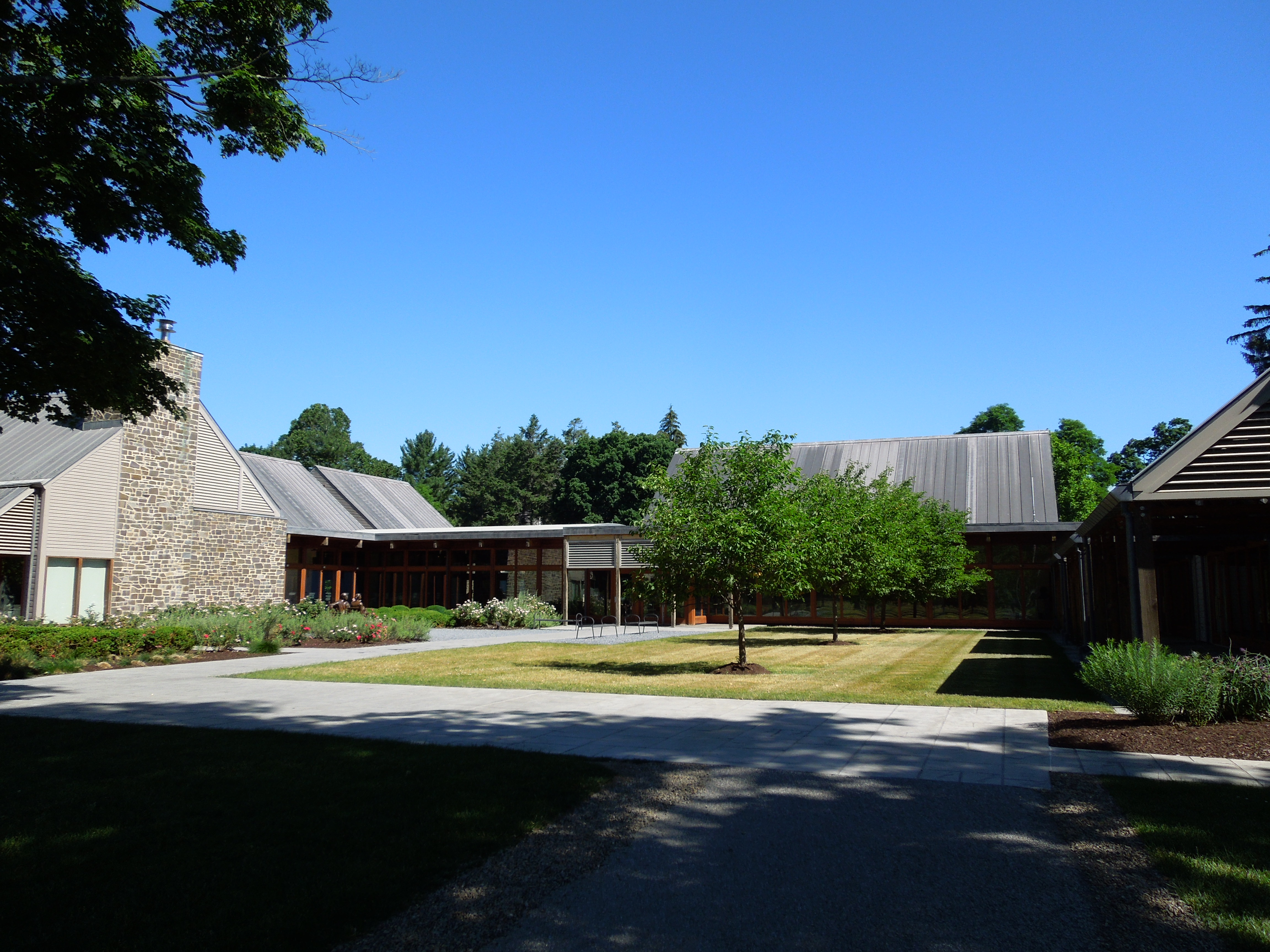 In November 2003, the Franklin D. Roosevelt Presidential Library and Museum (National Archives and Records Administration), in cooperation with the National Park Service and the private non-profit Franklin and Eleanor Roosevelt Institute, opened the Henry A. Wallace Visitor and Education Center -- the first new facility to be added to the Roosevelt estate since the Library was constructed in 1941.

Named in honor of the man who served as Secretary of Agriculture (1933-1940) and Vice-President during Franklin Roosevelt's third term, the Wallace Center offers visitors an array of new and expanded services designed to enhance their experiences in Hyde Park.

The Lobby and visitor orientation areas of the Wallace Center are where visitors to the FDR Presidential Library and Home of FDR National Historic Site are introduced to the "World of the Roosevelts."

The Milstein Auditorium and Orientation Film

The 140-seat theater features a high-definition film written and produced by Tom Spain Productions. The twenty minute film, "Rendezvous with History," features interviews with two of the Roosevelt grandchildren, Curtis Roosevelt and Anna Eleanor Roosevelt, as well as historic footage.

Through the glass enclosed lobby visitors can view the beautiful courtyard which leads out towards the Library and Home. Upon entering the courtyard visitors are greeted by a life-size sculpture of Franklin and Eleanor Roosevelt based on a 1933 photograph of the couple taken in Hyde Park.

Uncle Sam's Canteen offers visitors a convenient place to grab a coffee and pastry, or enjoy a delicious lunch between tours. Adorned with patriotic decor Uncle Sam's offers a diverse menu in a beautiful setting. It is open April 1 through October 31 from 10:00 a.m. - 4:00 p.m.

The centerpiece of the Wallace Center lobby is a pictorial floormap in mosaic tile that depicts Hyde Park as FDR knew it and loved it. Adapted from a book by Hudson Valley and WPA artist Olin Dows for his 1949 book, Franklin Roosevelt at Hyde Park, it shows all the places that compelled FDR to return to his beloved Hudson Valley.

Use of the Wallace Center

For more information about facility use of the Wallace Center please contact Deanne Fuller at (845) 486-7751 or deanne.fuller@nara.gov.