The FDR Library, with support from AT&T, Marist College and the Roosevelt Institute launches online one of its most in-demand archival collections – FDR’s Master Speech File – over 46,000 pages of drafts, reading copies, and transcripts created throughout FDR's political career. Presented alongside the Speech File is the Library's complete digital collection of Recorded Speeches of FDR.

Franklin D. Roosevelt was one of the great orators of the twentieth century. He could explain complicated policy with clarity and precision, entertain and enlighten audiences with stories that ranged from the poignant to the humorous, and attack his opponents with invective that was often sharp and occasionally vicious. His rhetoric soars with eloquence, educates with charm, and evokes the everyday concerns of U.S. citizens with palpable grace. His political speech fueled national partisan change, crafted a political coalition of unmatched durability, and constituted a communal sense of national self.

We continue to remember his Presidency and his era through the rhetoric he bequeathed to us. Phrases like "The only thing we have to fear is fear itself," and "the money changers [and their] high seats in the temple" evoke for us the Depression and its causes. Similarly, we know that the Second World War began for the U.S. on "a date which will live in infamy" and the prayer he offered in the midst of the D-Day invasion is as fine a description of the more elevated of American war aims as we will ever hear.

Americans continue to understand the Great Depression as an event that both affected and united the entire nation because FDR continually schooled them in that understanding. Through his depiction of the Nazi threat as "the hand that held the dagger" plunging it "into the back of its neighbor," he taught Americans that the threat was both real and proximate. Through analogies like the need to lend a garden hose to a neighbor whose house was on fire, he encouraged the nation to accept and act on its international responsibilities as well. And in both foreign and domestic matters, his depictions of a nation burdened by depression and resolutely at war were always accompanied by images of faith and hope and community. He united the nation in the face of depression and war and helped its citizens to see themselves as joined in a great communal enterprise.

There were policy downsides to this as well, of course, and not all citizens were treated equally, either politically or rhetorically. Those issues, absences, and inequalities are also an important part of the historical record.

This collection makes that record, in all of its eloquent grandeur, occasional overreaching, and political exclusion and obfuscation available. Presidential rhetoric, whether grandly evocative or tediously mundane, does not come easily. Evidence do this effect exists in the many visible changes, edits, and amendments -- often in the president's own hand – written into the speech drafts contained in these files.

This president's voice, once heard, is difficult to forget. Rich with the tones of Hyde Park and Harvard, that voice reached out to the people of the Appalachian hills, the dust-filled prairie, the rural South, and the mountainous West. Clearly a product of the aristocratic East, over the radio Franklin Roosevelt reached for and often found a common vernacular that spoke to all Americans. 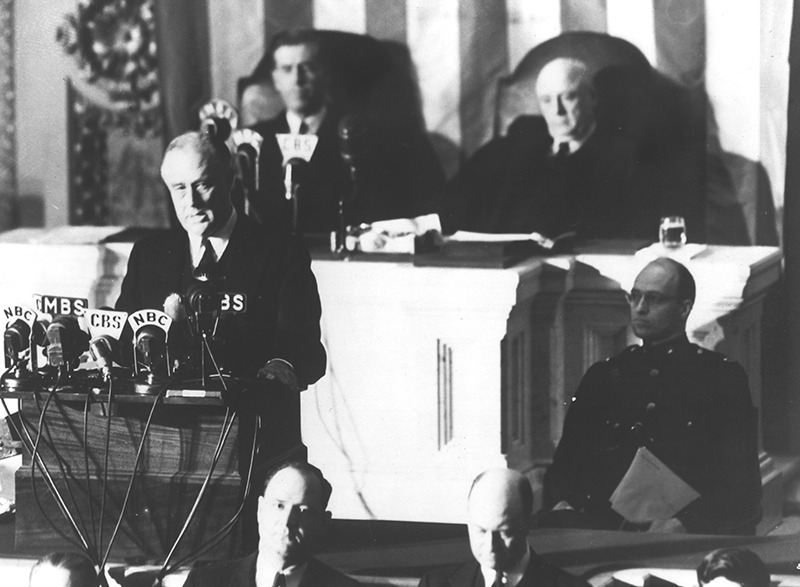 That voice alone does justice to Roosevelt's rhetoric, for it was written with his distinctive style in mind; it is rhetoric that is meant to be heard rather than read, and both the man and his words are brought into sharper relief when we hear him. So it is especially important to have so much of his rhetoric available here for the listening.

Franklin Roosevelt's presidency was pivotal. He changed the way we understand governance at home and the U.S. role abroad. The policies he espoused were explained and defended through his rhetoric. This collection enables access to the ways that these important elements of this most important presidency were created and defended. 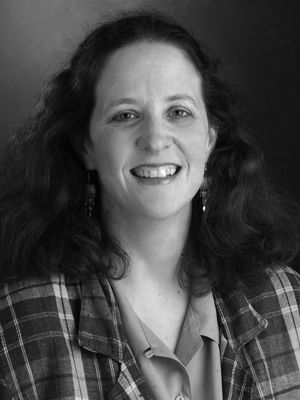 Mary E. Stuckey, Ph.D., is the author of nine books focusing on presidential communication and rhetoric, national identity, strategic failures, the pre-presidential and presidential rhetoric of Ronald Reagan, the Challenger address, and the theory and practice of political communication research. Among her recent books is Jimmy Carter, Human Rights, and the National Agenda (Texas A&M Press, 2008), which won the Marie Hochmuth Nichols Award, and Defining Americans: The Presidency and National Identity (Kansas 2004), which won the Gronbeck Prize for Scholarship in Political Communication. Her more than 50 articles and book chapters expand understanding of the presidency, the media, and governmental rhetoric aimed at American Indians. She is currently working on a book on Franklin Roosevelt.