January 30, 1882 dawned cold and white at the Roosevelt family home in Hyde Park, New York. By 8:00 that night, Sara Delano Roosevelt had been in labor for more twenty-four hours. Believing that the cause was lost, the doctor attending her bedside administered chloroform to calm her.

Forty-five minutes later, she delivered a ten pound boy who was blue and not moving. The doctor blew air into his lungs, and the newborn began to cry. He would be named Franklin Delano after his mother’s uncle. Because of the difficult birth, the boy would be Sara’s only child.

The anniversary of Franklin’s birth became a great cause for celebration every year, and throughout his life FDR would use the occasion to honor devoted friends as well as to raise money in the fight against polio. 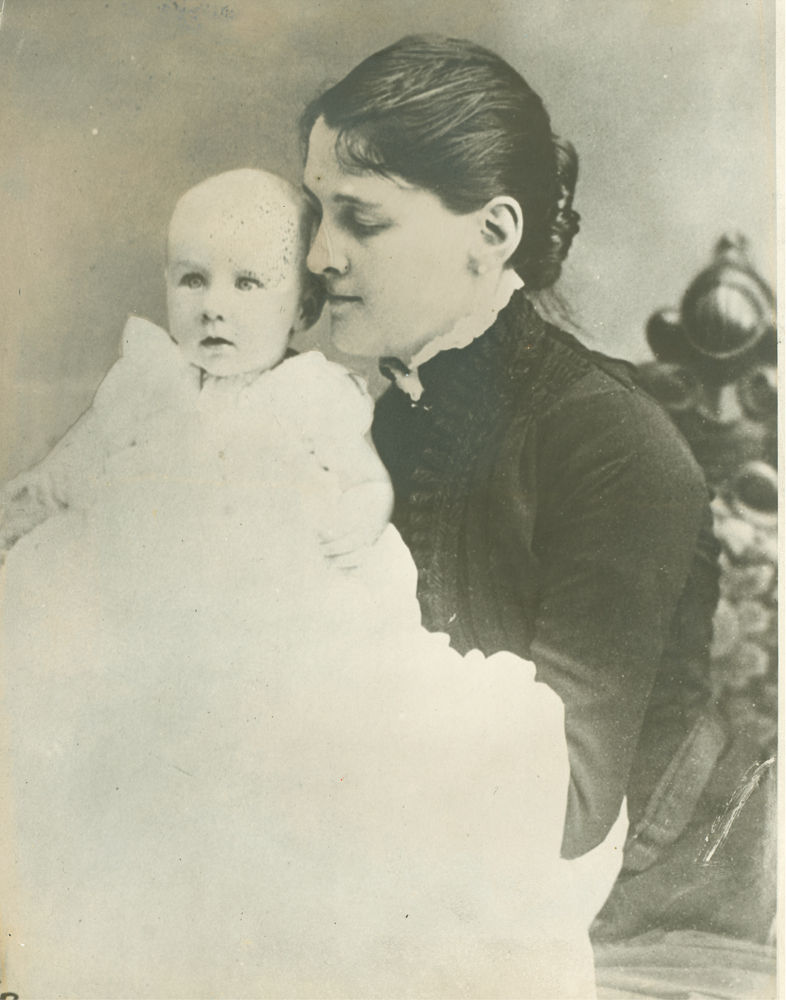 The Cuff Link Gang was a group of close Roosevelt associates. The original members of the club were those men who had worked with and for Roosevelt on his unsuccessful campaign as the Democratic Vice-Presidential candidate in 1920. FDR gave each of the men a set of cuff links, one with the person’s initials, and the other with FDR’s. This club then met annually throughout Roosevelt’s life around the time of his birthday, and the parties usually were themed in some way. Other members were added to the club in later years through Roosevelt’s traditional giving of a set of links. 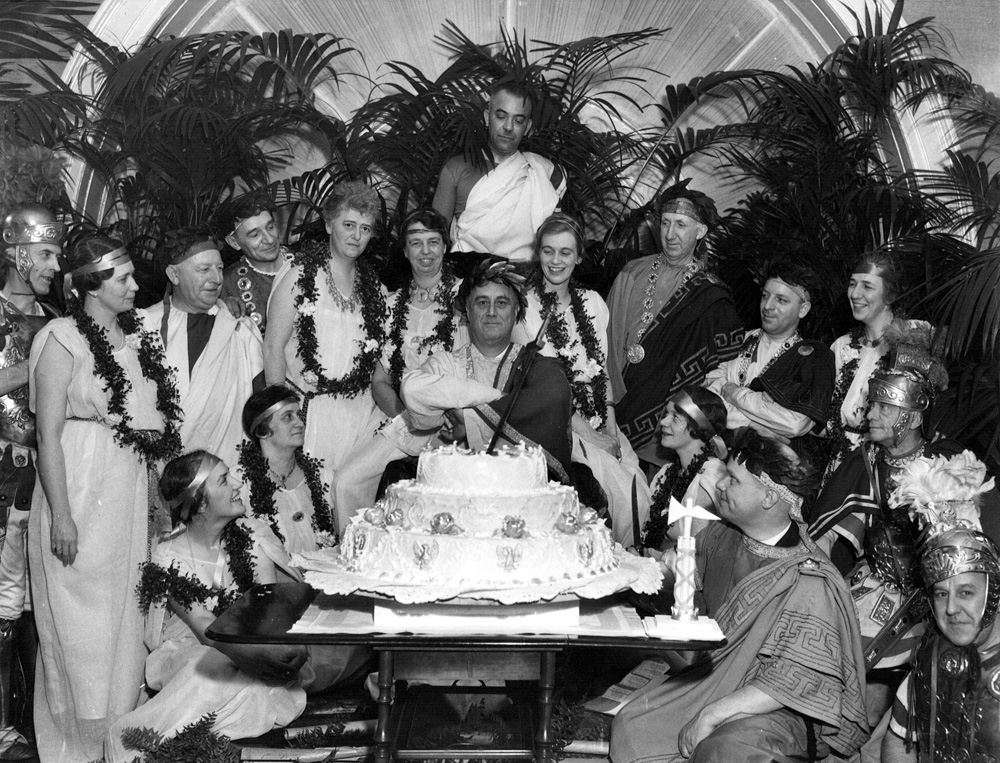 During the White House years, a group of women also joined in the birthday dinner, including Eleanor Roosevelt, Elinor Morgenthau, Missy LeHand, Grace Tully, Marion Dickerman, Nancy Cook, Margaret Durand, and Malvina C. Thompson. The women, however, did not join in the post-dinner poker game. 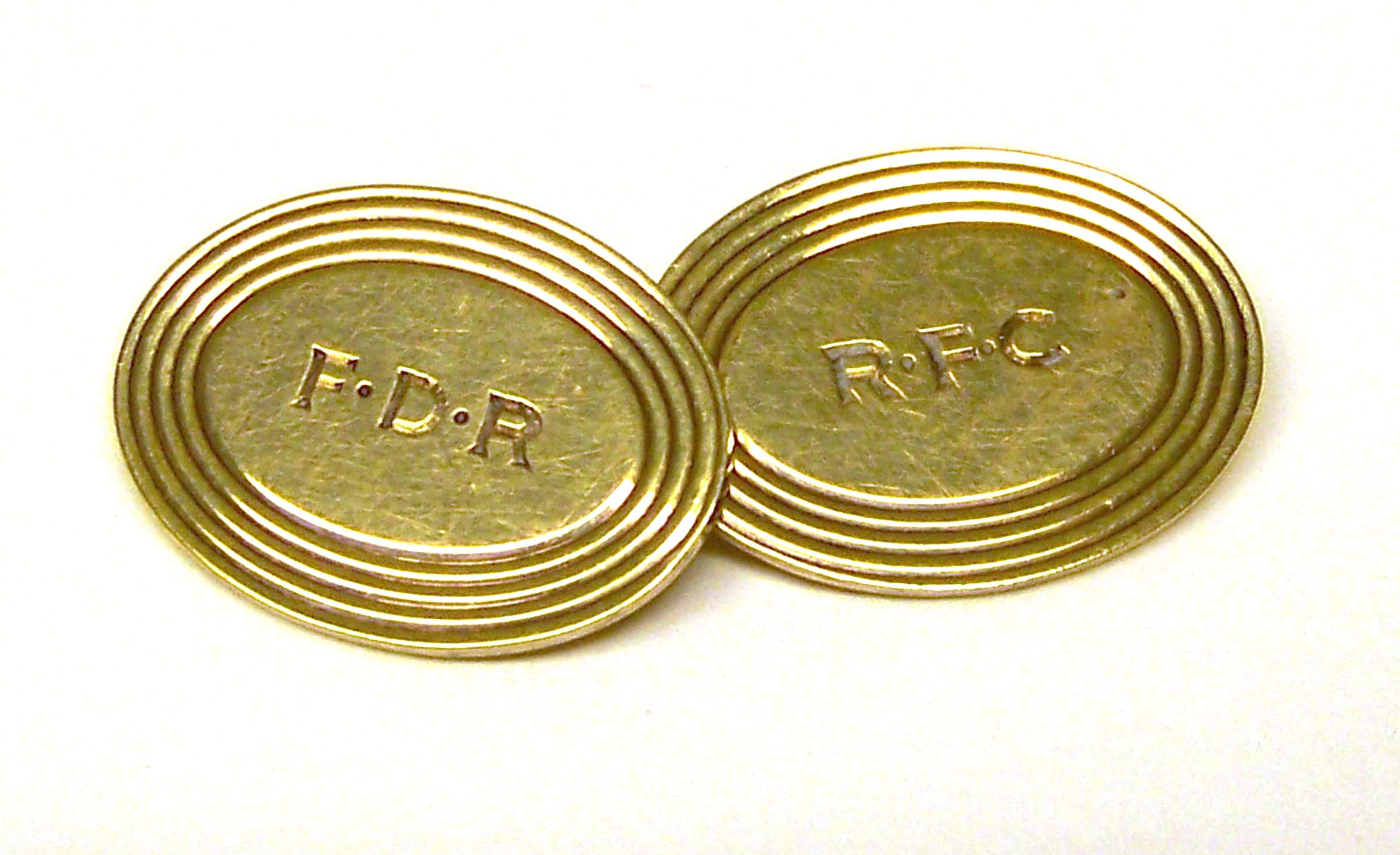 Birthday Balls and the Fight Against Infantile Paralysis

FDR contracted polio in 1921 at the age of 39, and was paralyzed from the waist down. For the rest of his life, FDR was committed to finding a way to rehabilitate himself as well as others afflicted with infantile paralysis.

In 1924, FDR visited a rundown spa in Warm Springs, Georgia where it was said that the buoyant mineral waters had therapeutic powers. After six weeks, he was convinced that he had made more progress in his rehabilitation than at any time in the previous three years. He built a home for himself at Warm Springs. In 1926 when the spa faced hardship, he purchased the facility for $200,000, creating a therapeutic center called the Georgia Warm Springs Foundation. It opened its doors to patients from all over the country, providing medical treatment and an opportunity to spend time with others suffering the effects of polio.

FDR returned to politics, serving as Governor of New York from 1929-1932, and elected President in 1933. Even with the burdens of office, he regularly visited Warm Springs for treatment and rest, becoming known to the patients as “Dr. Roosevelt.” But the growing demands on the facility, and the increasing number of patients being treated there, required more money than FDR alone or a small number of contributors could provide.

At the suggestion of a public relations consultant, business magnate and FDR political ally Henry L. Doherty launched the National Committee for Birthday Balls that sponsored a dance in every town across the nation, both to celebrate the President’s birthday but also to raise money for the Georgia Warm Springs Foundation. 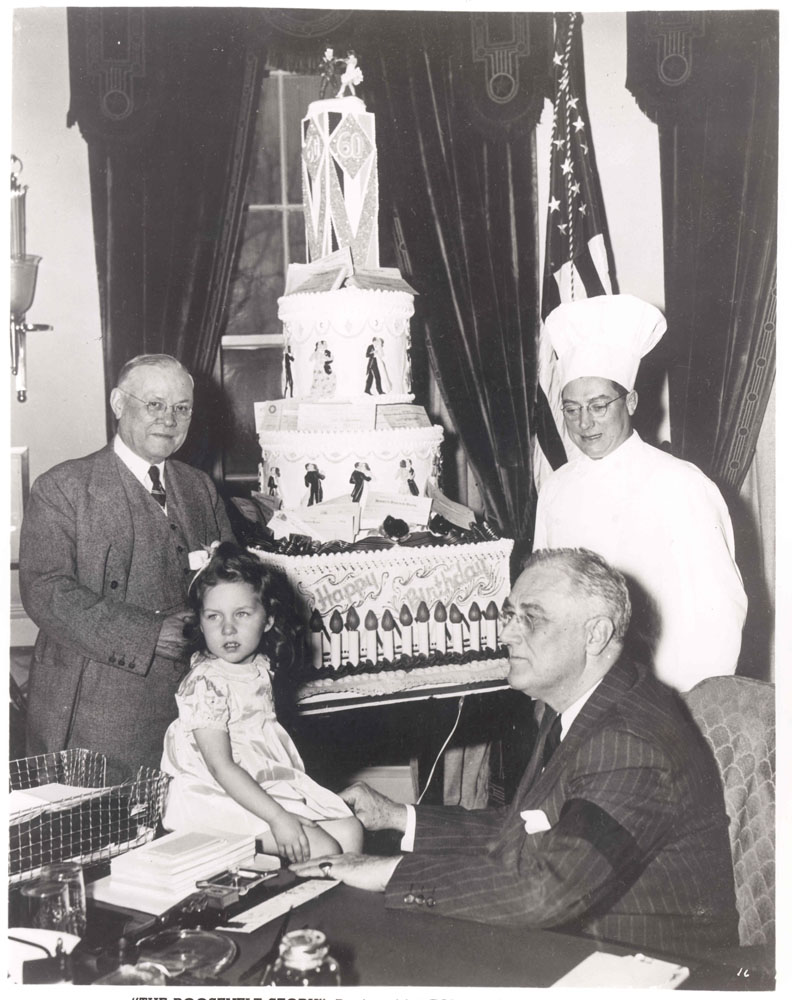 In 1938, FDR created the National Foundation for Infantile Paralysis, not only to help Warm Springs but also the victims of polio throughout the country. To increase awareness of the campaign, radio personality and philanthropist Eddie Cantor took to the air waves and urged Americans to send their loose change to President Roosevelt in “a march of dimes to reach all the way to the White House.”

Soon, millions of dimes flooded the White House. In 1945, the annual March of Dimes campaign raised 18.9 million dollars for the National Foundation for Infantile Paralysis. Ultimately, the March of Dimes (as the National Foundation became known) financially supported the research and development of a polio vaccine by Jonas Salk in 1955, eradicating the disease throughout most of the world by the 1960s.

Franklin Roosevelt’s dedication to finding a cure for polio benefited millions of children worldwide. But it was the participation of Americans across the nation in Birthday Balls that made the campaign a success. Their hard work and financial support supported the development of new methods of treatment to improve the lives of those stricken with polio and the creation of a vaccine to protect future generations from its devastation. Although the Birthday Balls ended in 1945 with the death of President Roosevelt, both of their legacies live on in the March of Dimes. 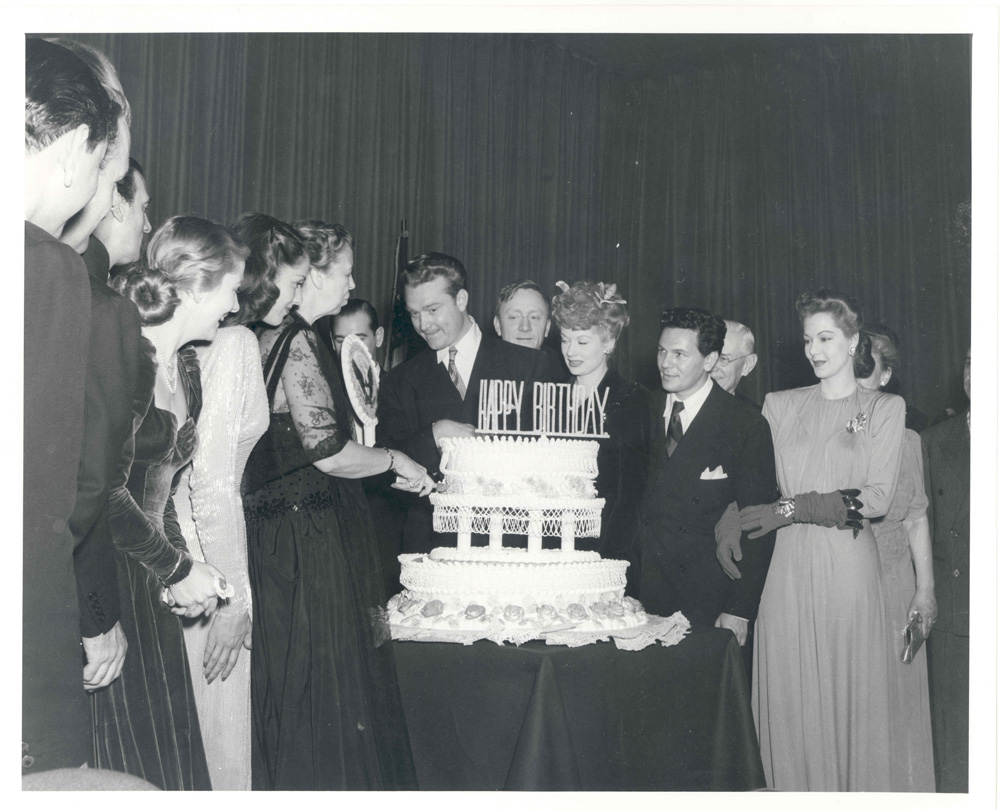 Marc Shell, Polio and Its Aftermath: The Paralysis of Culture (Harvard University Press, 2005). 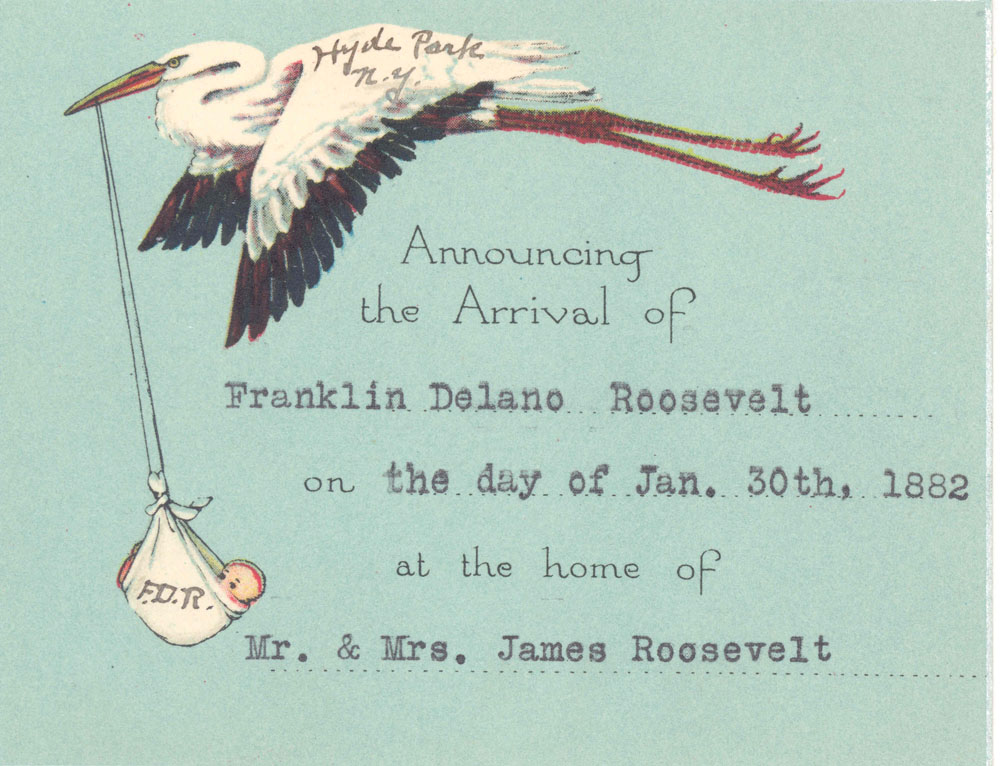