The new exhibits tell the story of the Roosevelt presidency beginning in the depths of the Great Depression and continuing through the New Deal and World War II with an emphasis on both Franklin and Eleanor Roosevelt’s relationship with the American people.

Special interactives, immersive audio‐visual theaters, and rarely seen artifacts convey the dramatic story of the Roosevelt era as the Roosevelt Library brings a “New Deal to a New Generation.”

The new museum contains many interactive exhibits including touch screen experiences at the Oval Office Desk and FDR's Ford Phaeton. "Confront the Issues" are ten interactive touch screens strategically located throughout the exhibition that offer visitors the opportunity to explore digital "flipbooks"that contain documents, photographs, and excerpts from historians -- with multiple viewpoints -- related to controversial issues during Franklin D. Roosevelt's presidency. Topics include "Japanese American Internment," FDR and the Holocaust," "FDR's Health," and "Did the New Deal Really Work?"

The new galleries feature two immersive Fireside Chat Environments. Each of these environments will have a radio and period furnishings, inviting visitors to sit and listen. After the Chat audio concludes, visitors can hear readings of actual letters -- representing a variety of opinions -- giving the visitor a chance to hear how Americans felt about the president’s leadership during the Depression and World War II. The 500 square foot Map Room exhibit recreates FDR’s secret White House Map Room. The walls within the room also feature projections of maps and timelines of key battles and decisions, as well as animations. Visitors can follow along with the maps just as FDR did, and understand the importance and context of his strategies.

At the center of the Map Room are six interactive tables featuring animation and videos, spotlights on key countries and meetings that took place during the war, and trivia quiz opportunities. It also displays memos, calendars, and multiple maps used by FDR and his military advisers.

“Behind the Scenes” provides visitors with an extraordinary opportunity to see large numbers of museum objects that don’t appear in the permanent exhibition. This special area of the new museum features storerooms with large glass viewing areas making it possible for visitors to get a special peek into the collections of the President and First Lady. Here, visitors can see FDR’s model ship collection, his 1936 Ford Phaeton (with hand-controls), Val-Kill furniture, family paintings and portraits, New Deal art and gifts of state.

To learn more about the artifacts on display in the Permanent Exhibit at the Franklin D. Roosevelt Presidential Library and Museum, visit our digital artifact collection.

The digital artifact collection provides free and open public access to records and photographs of select artifacts from the Museum’s collection.

This resource is a key part of the FDR Library and Museum’s digitization program. Work is ongoing and more records and images of artifacts are added regularly. Please check back periodically for new entries.

The Virtual Tour of the permanent exhibits at the Franklin D. Roosevelt Presidential Library and Museum brings the exhibits--and associated educational programs--to a significantly expanded audience through an online interactive museum experience.

Explore various online exhibits including previous temporary exhibitions once on display at the Roosevelt Library. 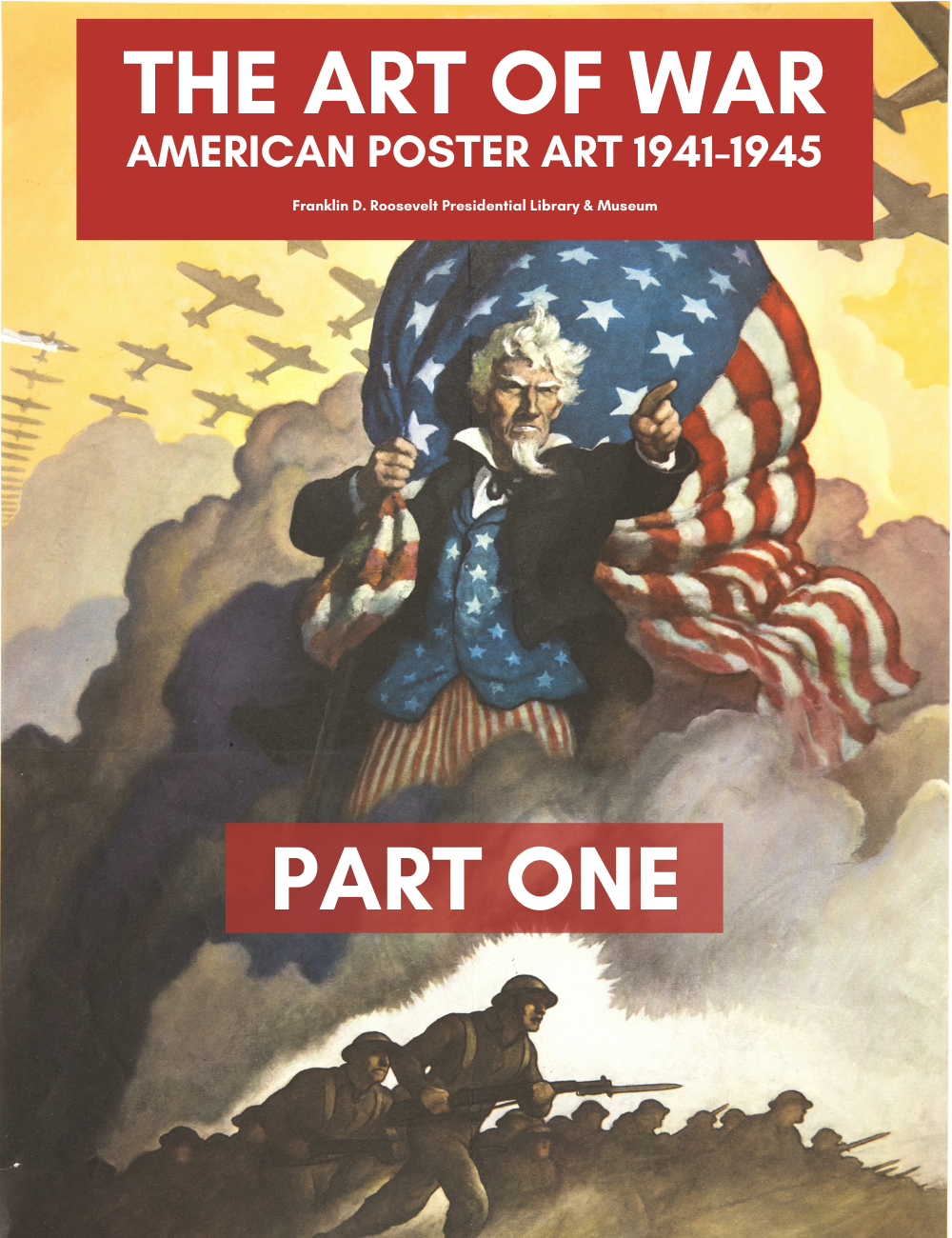