Document of the Month - October

Eleanor Roosevelt Writes About Her Birthday

Eleanor Roosevelt was born in New York City on October 11, 1884. On March 4th 1933, her husband Franklin Roosevelt became the 32nd President of the United States and Eleanor became the most publicly active First Lady in American history.

From December 1935 until her death in 1962 Eleanor Roosevelt chronicled her activities in a syndicated column called My Day. The column was her public diary in which she wrote about the things she was experiencing each day. The focus of her columns could be as mundane as recounting a trip to the local vegetable market or as exciting as meeting a foreign head of state. She used her columns as a pedagogical device, a political tool, and a medium for communicating the liberal ethic to her readers.

The following is a draft of the March 27, 1942 My Day column in which Eleanor Roosevelt talks about her 15th birthday. This draft includes Mrs. Roosevelt's handwritten annotations. 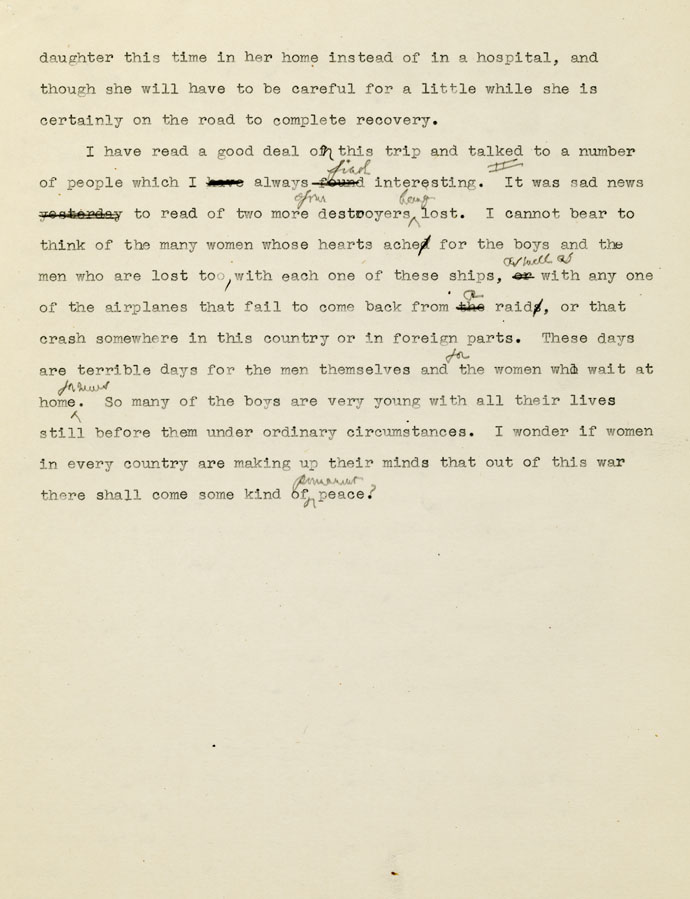 Here are some things to consider while reviewing Mrs. Roosevelt’s column: