Document of the Month - May

Message of President Roosevelt to the Congress, May 16, 1933 concerning the up-coming Disarmament and Economic Conferences

In May 1933, just two months into office, President Roosevelt took the initiative of directly contacting the leaders of countries that were scheduled to participate in two up-coming economic and disarmament conferences. He asserted the need for cooperation and action to solve these complex and intermingled issues.

Still stinging from the horrifying experience of the First World War, nations around the world recognized that the pre-war policies of uncontrolled competition in arms buildup, and international mistrust and suspicion had played a part in unleashing the mechanism of war. Roosevelt saw these conferences as a way to lay the foundation for increased international cooperation and a lessening of tensions among nations.

Below is a press release issued by the White House on May 16, 1933 to announce that the President had sent his message to heads of state accross the world. FDR's message is included, too: 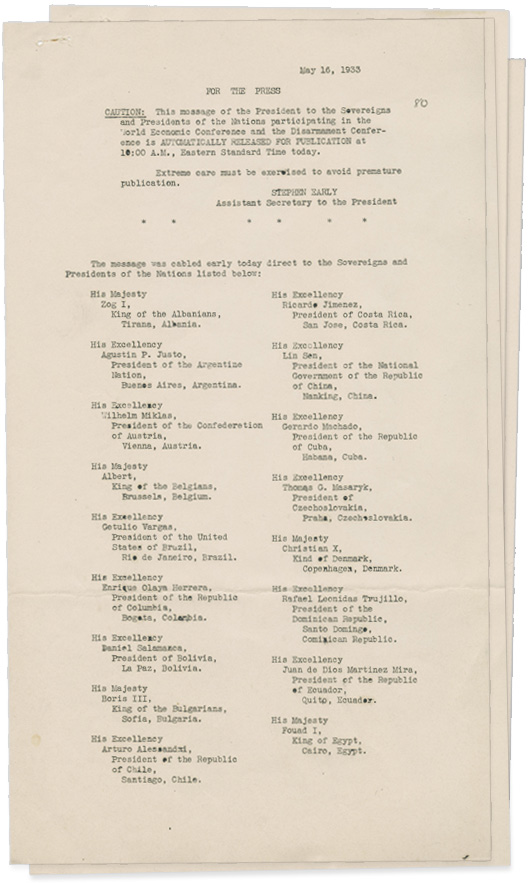 Below are some questions to consider and discuss after reviewing the President’s May 16, 1933 Message to the Congress.