Document of the Month - March

Franklin and Eleanor Roosevelt were married in New York City on March 17, 1905. The date of the marriage was selected so that Eleanor’s Uncle Theodore Roosevelt, the President of the United States at the time, could be present to give the bride away.

Franklin and Eleanor were distant cousins (fifth cousins, once removed) and had known each other as children. They were reconnected as young adults, began dating, and became engaged shortly thereafter.  Their marriage produced six children, five of whom lived to adulthood.

Early on the marriage was strained when it was discovered that Franklin had an affair with a women named Lucy Mercer. Their marriage was never quite the same after that. It became however, a strong and productive partnership based on mutual respect, affection and a commitment to common goals and values. Below is a copy of their marriage certificate. 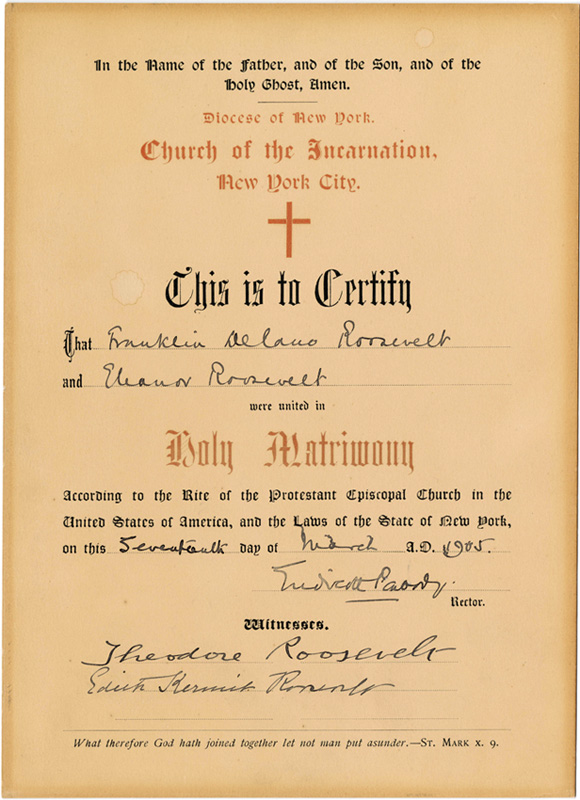 Here are some things to consider and discuss after reviewing the Roosevelt’s Wedding Certificate.