Document of the Month - July

FDR's Pledges a "New Deal for the American People"

In July 1932 Franklin D. Roosevelt accepted the nomination of the Democratic Party for the Presidency of the United States. His acceptance speech is best remembered for a phrase buried 19 pages into his 20 page address.  Roosevelt told the crowd, “I pledge myself to a new deal for the American people.”  The “New Deal” quickly became a label for the broad set of legislative initiatives and programs he would employ to bring about relief, recovery and reform to the Depression-mired American economy.

The programs set forth as the New Deal would fundamentally change the way Americans viewed the role of government in their everyday lives. Some programs were more successful than others; some were short-lived, some survive to this day.  Below is an excerpt of then Governor Roosevelt’s acceptance speech in which he pledges himself and the nation to a new deal for the American public. 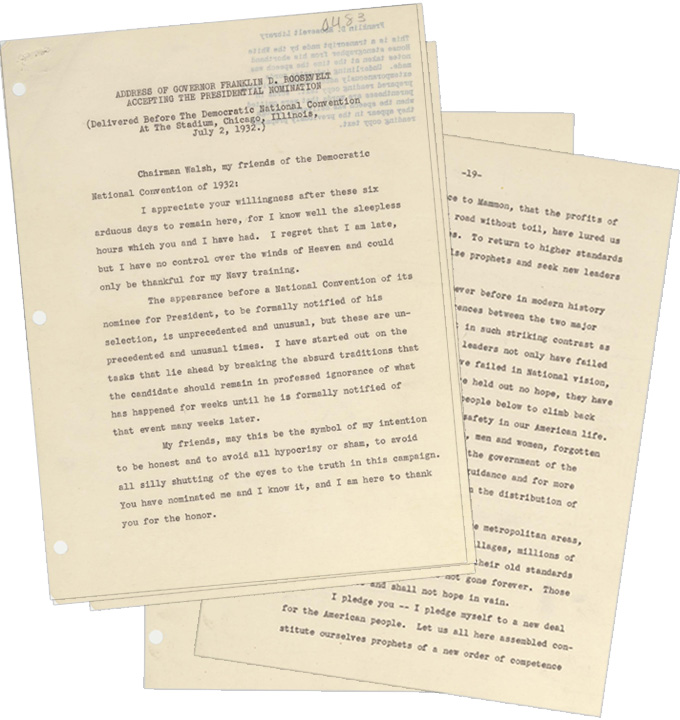 Here are some questions to consider and discuss after reviewing FDR’s speech: