Document of the Month - December

In the early morning hours of December 7, 1941 Japan unleashed a devastating surprise attack on American military installations throughout the Pacific, thus bringing the United States into World War II. The Pearl Harbor naval base in Hawaii was the major target.

After an afternoon spent monitoring the crisis, shortly before 5 PM, he began preparing a war message for Congress. Though drafted in haste, FDR’s words galvanized the nation. Below, with corrections written in FDR’s own hand, is the draft of that historic speech. 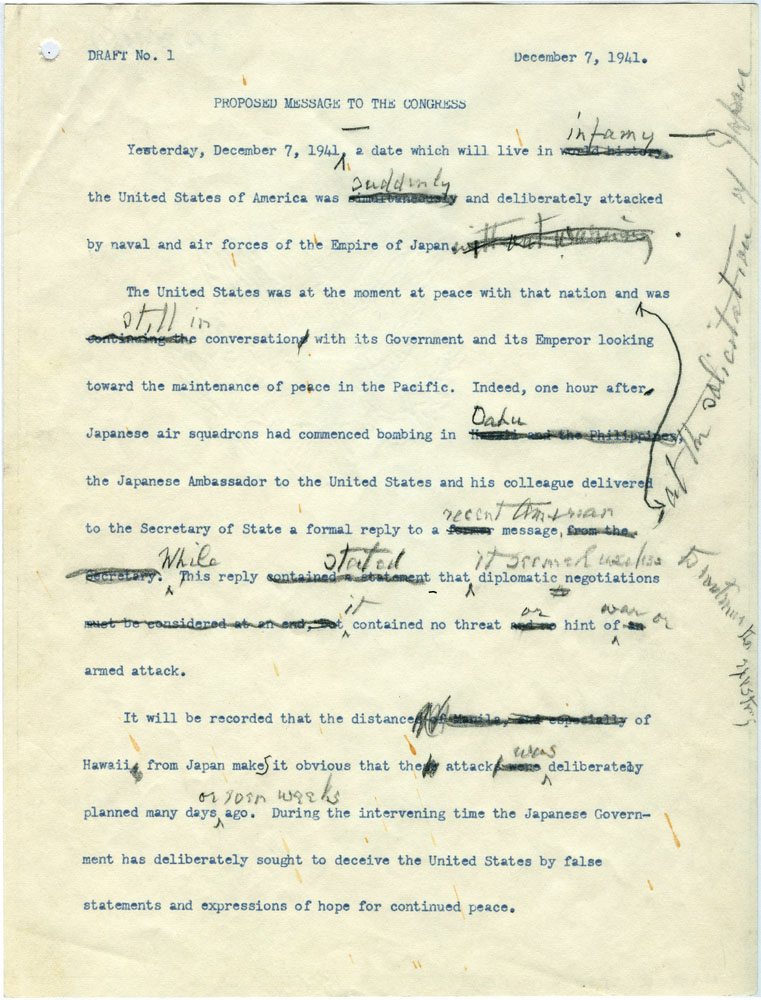 Here are some questions to consider while reviewing President Roosevelt’s Address to Congress: