Document of the Month - April

Photographs Related to the Death of Franklin D. Roosevelt

In the early afternoon of April 12, 1945 President Roosevelt was in his private cottage at Warm Springs Georgia signing papers and sitting for a portrait painter. Suddenly, he raised his hand to his head complaining of a headache. He then slumped forward, losing consciousness.

At 3:35 PM he was pronounced dead from a massive cerebral hemorrhage. FDR’s sudden death stunned the nation. Few had known of the severity of the president’s health problems. The public’s shock was magnified by the fact that Roosevelt had been America’s chief executive for over twelve years. Young Americans had no memory of any other President. The timing of his death, at a moment when victory in World War II seemed at hand, added to the country’s grief.

The President’s body was carried by train back to Washington D.C. Full military honors were rendered in a procession from the train station to the White House. The streets were lined with units of the nation’s armed forces and thousands of grieving citizens. At the White House the casket was placed in the East Room where a private Episcopal Funeral Service was conducted at 4:00PM.  That evening the casket was removed and placed on a train for the trip to the President’s Hyde Park home.

At Hyde Park the casket was transferred to a horse-drawn gun carriage and carried up the hill to the estate preceded by a military band and a battalion of West Point cadets. Limousines containing President Truman, the Roosevelt Family, and close associates followed. The president was buried in the Rose Garden at Hyde Park.

The rector of St. James Episcopal Church read the burial services, three volleys were fired over the grave, and taps were sounded as the casket was lowered to its final resting place.

Here are some things to consider and discuss after viewing the photographs: 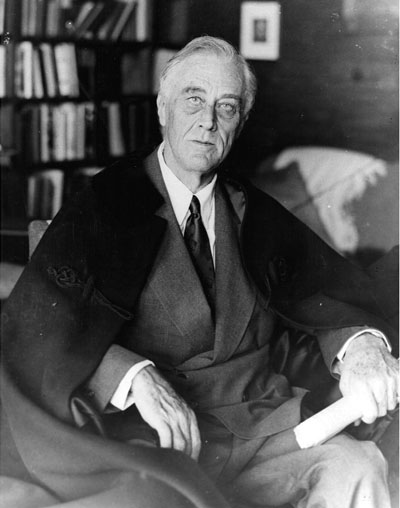 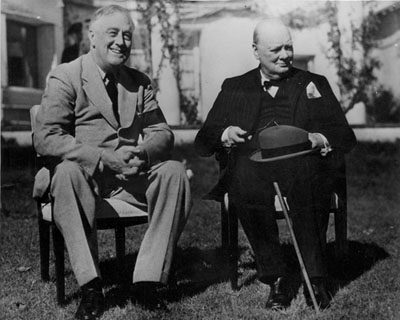 This is a picture taken of President Roosevelt earlier in his presidency, near the beginning of World War II. 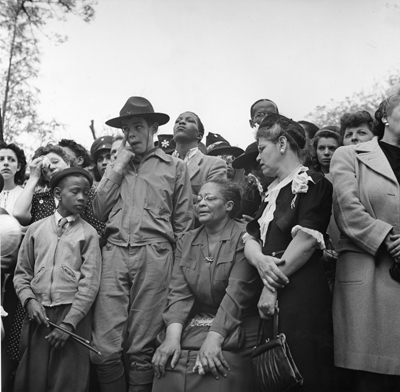 This picture shows mourners lining the funeral route in Washington.