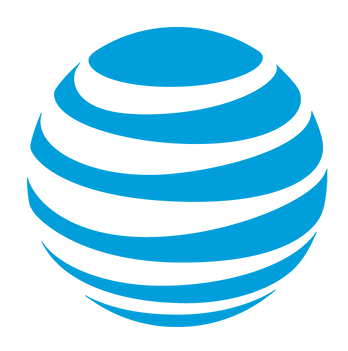 In commemoration of the Franklin D. Roosevelt Presidential Library and Museum's 75th anniversary -- the Roosevelt Library and AT&T are collaborating on an important new digitization project.  With the support of AT&T and the National Archives and Records Administration (NARA) Audio and Video Preservation Lab, the Roosevelt Library is digitally transferring nine of FDR’s most important speeches from the original film stock to new state-of-the-art HD and 4K Ultra HD video for use in classrooms.

These speeches will be made available to teachers along with a curriculum guide comprised of primary sources, classroom activities and links to additional educational materials.

The first of these newly restored speeches -- President Roosevelt's iconic “Day of Infamy” speech – is presented here with the curriculum resources in time for use in your classroom as the world marks the 75th anniversary of the Japanese surprise attack on Pearl Harbor that brought America into the Second World War.

Support for this curriculum is part of AT&T's commitment to advancing education, strengthening communities and improving lives. AT&T Aspire is the company's signature $350 million philanthropic initiative that drives innovation in education by bringing diverse resources to bear on the issues including funding, technology, employee volunteerism, and mentoring.

For more information about this material and upcoming speech transfers and curriculum contact the Library’s education specialist Jeffrey Urbin at Jeffrey.Urbin@nara.gov or by phone at (845) 486-7761.

On July 2, 1932, FDR gave his acceptance speech to the Democratic National Convention in Chicago, IL.  During this speech, he vowed to answer what he dubbed “a call to arms” and promised “a New Deal for the American people.”

FDR was inaugurated on March 4, 1933.  In his First Inaugural Address, he assured the American people that “the only thing we have to fear is fear itself,” and promised “action, and action now” to relieve the hardships of the Great Depression.

Fireside Chat on the Banking Crisis

On March 12, 1933, President Roosevelt delivered the first of what would become known as his “Fireside Chats.”  In this radio broadcast, he explained the banking crisis to the American people in understandable terms, described the actions being taken by the government to stabilize and reopen the banks, and promoted confidence in the banking system.

On January 6, 1941, President Roosevelt delivered his annual State of the Union message to Congress.  In what would become known as the Four Freedoms speech, FDR laid out his vision for a world based on four essential human freedoms: Freedom of Speech, Freedom of Worship, Freedom from Want, and Freedom from Fear.

On December 8, 1941, one day after the surprise attack by the Empire of Japan on the U.S. Naval Station at Pearl Harbor, FDR addressed Congress to ask for a declaration of war.  He proclaimed the day of the attack to be “a date which will live in infamy.”  Congress responded with a 470-1 vote in favor of war.

President Roosevelt delivered his Second Inaugural Address on January 20, 1937.  During this speech, FDR cited the progress made during his first term to bring relief to the American people suffering from the economic and psychological despair inflicted by the Great Depression, but also urged that relief efforts mustn’t be allowed to wane as there was still “one third of a nation ill-housed, ill-clad, and ill-nourished.”

Fireside Chat on the Progress of the War

On February 23, 1942, President Roosevelt delivered his Fireside Chat on the Progress of the War.  During this radio broadcast, FDR explained the overarching strategies of fighting a global war.

President Roosevelt submitted his 1944 State of the Union message to Congress in writing instead of in person as he had done previously, but on January 11 he also broadcast this message over the radio as a Fireside Chat.  In this broadcast, Roosevelt argued for a Second Bill of Rights guaranteeing economic security for all.

1944 Campaign Address to the Teamsters Union

During the 1944 campaign, a “whispering campaign” circulated claiming that FDR’s health and mental acuity were in decline.  However, on September 23, 1944, the veteran politician delivered a witty and humorous speech to the Teamsters’ Union in which he masterfully rebutted attacks by his critics. He went on to win the election for an unprecedented fourth term as president.